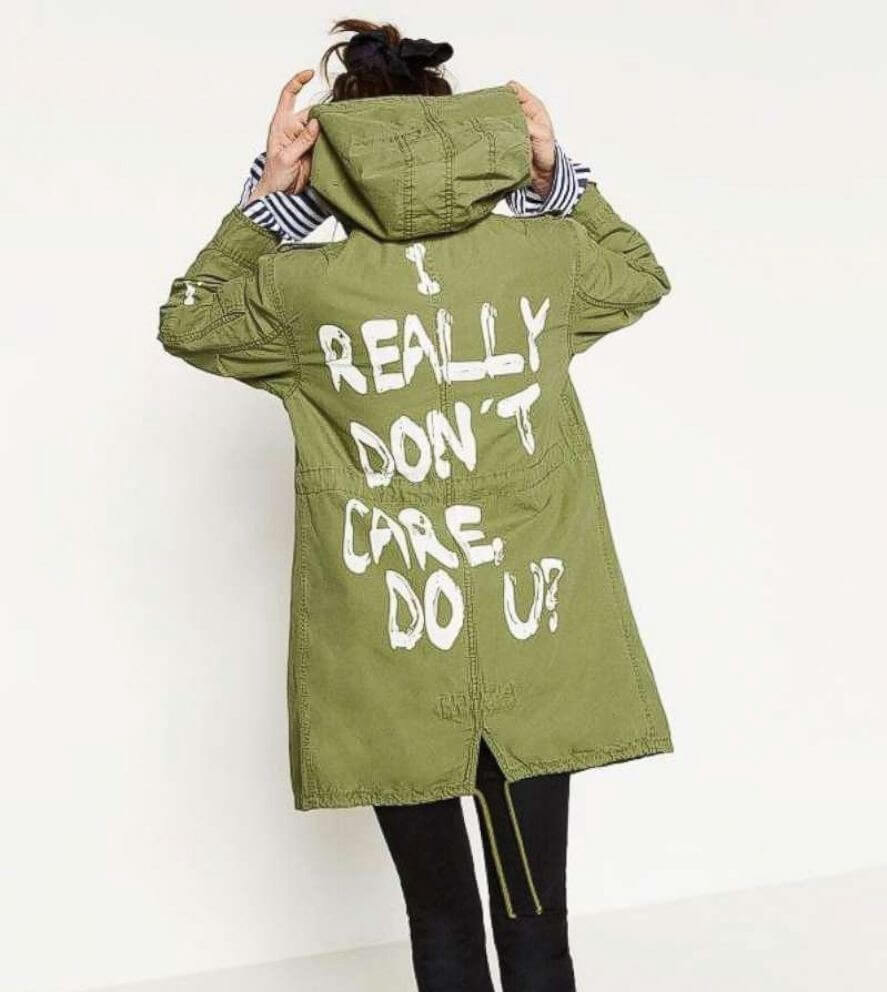 Published by Sheri Byrne-Haber on January 25, 2021

Everything that makes accessibility difficult ties back to one root cause: People not giving a damn about others who are different.

These are the different categories of people you will run into in corporate settings that will make life difficult for any accessibility professional.

The people who are allergic to change

It was the inimitable Grace Murray Hopper, US Navy Rear Admiral who contributed to COBOL and invented one of the first compilers, for whom the eponymous Grace Hopper Conference was named who said:

Humans are allergic to change. They love to say, ‘We’ve always done it this way.’ I try to fight that.

People who are allergic to change actively fight doing things differently. However, fundamentally, the only way to solve for inaccessible software is to … do things differently. This is why people who are allergic to change are so poisonous to the disability/accessibility movement. Another business phrase frequently used to identify these types of people is those that suffer from “NIH Syndrome,” — which means they don’t want to do anything that was Not Invented Here. Since W3C developed the WCAG standards, accessibility is clearly PFE — Proudly Found Elsewhere.

The people who want to see “the business case.”

People with disabilities (the ones being discriminated against when things aren’t accessible) shouldn’t be asked to produce a business case to get an organization to do the right thing, especially when the right thing is to stop discriminating.

The people who want to see detailed proof for every accessibility recommendation.

The people who want to see an accessibility “business case” rarely jump from that position immediately to full acceptance. They generally accept the business case, then move on to asking for detailed proof.

Prove that WCAG applies to the inaccessible product.

The first level of proof they generally ask for is evidence that the particular level of WCAG guidelines you recommend be applied to the product is actually required. Unfortunately, that request can get messy.

Almost five years ago, the proposal to make WCAG 2.0 the ADA’s official accessibility guideline didn’t get finalized before the end of the Obama era. That pending proposal was one of the first things Trump axed. The Supreme Court’s acceptance of the Dominos case followed by not making a finding based on the facts didn’t improve the situation. Combining those two things led to the litigation free-for-all that we are experiencing in the US today.

States like California got tired of waiting for the Federal government to get their act together, passed local laws, and issued local Supreme Court decisions. If you are a global company, an even higher standard, WCAG 2.1, may apply. WCAG 2.2 will be final in the summer of 2021, and WCAG 3 had its first public working draft released this week. The standards will only get stricter and more detailed as time goes by, and failing to do anything puts a company further and further behind.

Many courts have stated the lack of a formal American accessibility standard does not eliminate organizational requirements to provide equal access to customers and employees with disabilities. Failing to do so paints a bright “sue me” litigation target on your corporate identity.

Prove that we have to do it the way you want us to do it.

Once the WCAG level dispute is resolved, if your recommendations are drastically different from how the product currently works, you may be asked once again to prove that your recommendation must be implemented. The WCAG guidelines will provide some, but not all, of the requested proof.

Because WCAG is not proscriptive, you absolutely can’t say, “The ADA requires all automatically moving carousels have pause buttons,” for two reasons:

That is when you start going down the accessibility best practice rabbit hole. Frequently this is a place where accessibility professionals will be forced to compromise just to get this group of people to agree to do anything at all.

Here are two classic examples of companies who, IN THE PAST SIX MONTHS, got their rear ends handed to them because of very public accessibility missteps. I know several more, but I try to keep my articles under ten minutes of reading length.

Twitter had an accessibility team that they lost through attrition and didn’t replace. The former Twitter head of accessibility moved to Slack, where they’ve been focusing on not just an accessible but an EQUAL experience. Instead, Twitter relied on “volunteers” (i.e., disabled employees or people who cared for other reasons) to influence their accessibility efforts. And the “Voice Notes” feature Twitter launched in June of 2020 didn’t get run by the volunteers.

Voice Notes had no non-audio equivalent. And every tweet by Twitter developers, then managers, then executives about this misstep rammed that discriminatory “foot in mouth” even more firmly down their throats. Twitter agreed within 48 hours to hire a team and establish a center for accessibility excellence.

Games accessibility has been somewhat lagging in other areas of accessibility, such as kiosks and retail. There has been a disabled gamers community for quite a while. However, there have been few true “bright spots” in gaming accessibility until the end of 2018 with the adaptive Xbox controller and in June of 2020 with the very accessible “The Last of Us, Part II,” which contains more than 60 accessibility settings.

Dead by Daylight was not an early adopter of the importance of game accessibility, despite players requesting it frequently and repeatedly. What did surprise everyone was one of their employee’s public response to a request to be more colorblind-friendly during a live-stream, which was:

… we’ve heard it a million times, we know.

Continuing to badger us about it isn’t going to change anything.

Let’s unpack this quickly: 8 % of the male population is colorblind. The majority of gamers, especially for the gory games like DBD, are male. Can you think of a SINGLE topic (including disability) where this would be considered an appropriate response? Because I know I sure can’t. Within days, DBD announced an extensive accessibility roadmap, which they claimed was already in progress.

The people who believe “well, it only impacts a small number of users.”

The most classic (and extreme) example of when you will see this type of group of people at their worst involves COVID and herd immunity. “Only a few will die; it’s better for the majority,” some people say. But the few that will die (and their friends and family) have no say in this outcome. The majority of people at risk of dying from COVID are the elderly (who frequently have disabilities) and younger people with disabilities who have a 200 to 800 % higher rate of death from COVID than their non-disabled age-matched counterparts.

Making the group of people you are discriminating against seem so tiny that you can think of it as inconsequential is a common ethics violation emotional compensation strategy.

Then you aren’t such an evil person for making that decision, right? You can deliver that cool inaccessible feature that will get you that bonus that will pay for your BMW or a trip to Maui with your significant other. All you have to do is ignore a few people’s civil rights. Ask Charles Dickens how that approach worked for Scrooge. Yes, fiction, but you get my point. No one likes Scrooge for the first 95 % of A Christmas Carol. If you need to be Scrooge, be the 5 % of the play where everyone adores him.

In reality, 18 % (almost one-fifth) of the general population has a disability. More than one-fifth of American college students identify as having a disability. The real number isn’t tiny by any stretch of the imagination, and the decision (whether intentional or through negligence) to remain inaccessible has real consequences.

Most people think it is unethical to steal money out of the pocket of a person with a disability. Supporting an environment where inaccessible tools are generated is the moral equivalent of pickpocketing.

“Disabled people aren’t our target audience/demographic/customers” is a circular logical fallacy: how can people who need to use assistive technology to consume software become your customers if the software doesn’t support assistive technology use? Res Ipsa Loquitor(as they taught me to say in law school), which means “the evidence speaks for itself.”

Because disability is the largest American minority, if they are interested and make it work for them, they will become customers. The one way to guarantee they will go to a competitor is to exclude them.

The people who brought you accessibility plugins, overlays, and widgets, PLUS the people that believe their claims.

They arrived to the market in late 2017 with a “you can’t lose” solution — one line of code and a small annual payment, and all your pesky accessibility problems would instantly vanish. Their claims that they could solve everyone’s accessibility woes had all the integrity of a Trump press conference. Politifact would rate these claims “pants on fire.” Yet so many organizations drank the accessibility plugin Kool-aid that millions of them now rely on these solutions, which frequently make things worse rather than holistically solving their underlying accessibility issues.

The purchasers have only recently discovered the “pants on fire” ratings of the vendors’ claims as they become defendants in an ever-increasing number of accessibility lawsuits. Almost simultaneously, they are realizing that their contracts with the vendors probably prevent them from recouping their litigation losses. Ten percent of accessibility lawsuits filed at the end of 2020 were against companies who have installed plugins, overlays, or widgets, thinking they would make them bulletproof to ADA litigation.

Every person who even thinks momentarily about using one of these solutions should be forced to read this 35-page scathing indictment written by Karl Groves. I do not envy the attorney who has to try and poke holes in Karl’s data or arguments.

How do we solve this problem?

Many people think accessibility is difficult. It isn’t. The Americans with Disabilities Act did not make stairs illegal. It requires a ramp and an elevator to allow people to get to every point that people using the stairs can. Accessible technology and standards have existed for over two decades. It takes 4 hours to learn enough to start developing things in an accessible manner. In a week, you would probably be competent in several areas. It generally does not take long before developers start asking, “why were we doing it that way before?”

Thanks to Gayatri Kini, whose very thoughtful answer to a LinkedIn question last week made me think about writing this article.