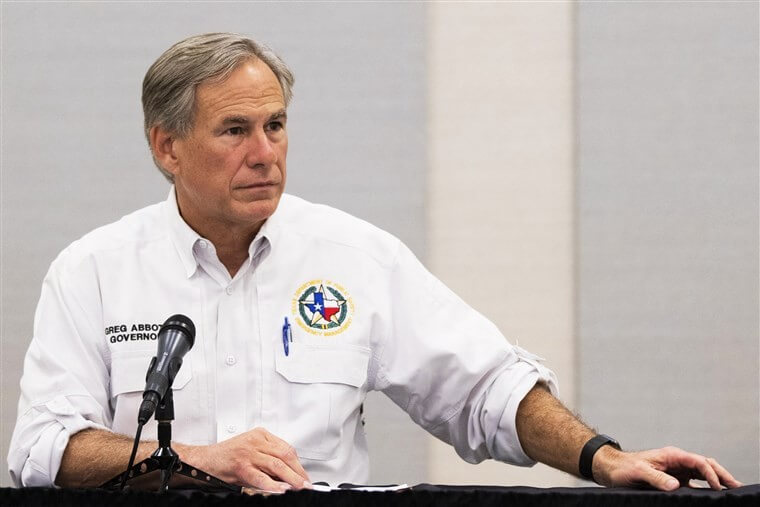 How people with disabilities can be ableist

Published by Sheri Byrne-Haber on October 20, 2020

Greg Abbott is a wheelchair user, only the third wheelchair-using governor in United States history. What happened that caused him to need to use a wheelchair is clearly outlined in a very inspiration porn-like page on his personal website, touting his victory over pain through “perseverance” and “triumph over tragedy.”

But that wheelchair-using history didn’t stop him from recommending to a state regulatory board to remove LGBTQ protections and people with disabilities in the state social work system. If you belong to one of these classes and ask a social worker for help, they can say, “Naah, the governor says I don’t have to help people who are gay or disabled.”

“Internalized ableism” is more common than you think. It’s a lot like its close cousin, internalized racism and also related to colorism, shadeism, and casteism.

How can one person with a disability consciously discriminate against another?

There are several factors at play here, and I am only guessing about the motivation behind this particular fact pattern. Since I’m not a professional psychologist, I’m only going to cite the factors I have personally experienced or seen in the past with “disability on disability” discrimination.

Factor #1: Repeated abuse can lead to people creating a mental disability hierarchy as a defense mechanism.

No one wants to think there is no one in worse shape on the planet than them. So after years of bullying, school abuse, and sometimes hearing repeatedly about what a burden their disability creates for their family, it is natural for a person with a disability to a) think disability is bad; and b) look for a group of disabled individuals who are even more of a burden than they are to make themselves feel better about their own disability. This results in the person with a disability being able to think: “OK, I’m bad, but at least I’m not a member of this other group of people with disabilities. That would be WAY worse.”

Factor #3: Passing is a form of internalized ableism

While it isn’t a factor for this particular story, I want to make sure that everyone knows that “passing” is a form of internalized ableism. “Passing” is usually associated with ethnicity, but it also applies to disabilities. Passing is how people conceal their medical diagnoses to avoid disability stigma and make themselves appear to others as “normal.” We have come around again full circle back to the root cause of most internalized ableism — thinking that disability is bad.

Passing at work will cost both you and your employer. In the article titled “Why People Hide Their Disabilities at Work,” Harvard Business Review authors Pooja Jain-Link and Julia Taylor Kennedy brilliantly summarized the burnout issue caused by “passing” with the following opening:

If you’re hiding a disability, the daily grind of early mornings, deadlines, and office politics is compounded into a far heavier burden. You live in fear of being discovered. You work overtime to mask your authentic self.

Factor #4: People apply their own experience with a medical condition to others, which is completely invalid

It may be that Governor Greg Abbott doesn’t consider himself disabled by the condition that led to his wheelchair use, and that’s totally fine. I personally find my adult-onset Type 1 diabetes (a hidden disability) to be immensely more disabling than my life-long orthopedic issues (my leg braces and wheelchair are visible). But blocking all people with disabilities from accessing social work based on Greg’s perceived “success” in “overcoming” his disability borders on the ludicrous.

I can’t help but think that this is really just an attempt by the Republican governor of a red state to block LGBTQ individuals from social work. Consider the following

Step 2: Hue and cry from the public

Step 3: Restore social workers for people with disabilities, leaving LGBTQ identifying individuals out in the cold.

That approach is unfortunately a whole lot more likely to be accepted by the public than just blocking LGBTQ people outright.

I really hope that’s not what’s going on here. But given our current political situation, I can’t help but wonder. Believe me when I tell you that people with disabilities are tired of having to waste our resources and time suing people for equal rights that the constitution and federal law are SUPPOSED to be afforded to us. You get money from the federal government, there are non-discrimination strings attached. You don’t like the strings, either don’t take the money or take it up with the Feds, don’t put it on the backs of people with disabilities.

A second possibility, the reasoning of which is WAY worse than the first is that the reasoning behind the decision to discriminate against people with disabilities and people who identify as LGBTQ is based in eugenics?

My problem with the action taken by the Texas Board of Social Work Examiners isn’t that they are discriminating against people with disabilities. The scarier part of this is that they changed their own rules to align with discriminatory statutes for the sake of political expediency because Governor Greg Abbott told them they could. Now the onus is once again on the group of people being discriminated against to solve the problem created BY the discrimination. More money, more effort, more lawsuits. Just to reinstate something that was illegally removed. All the while sending the message “you aren’t worth investing in.” Next time it could be ventilator rationing — though that case has been argued in Alabama already, and a quadriplegic was refused COVID care and died in Texas over his wife’s objections because the doctor said (which the wife recorded) that her husband didn’t any quality of life.

And finally, what in the everlasting heck do you think is going to happen, Governor Greg Abbott with all these people with disabilities who can no longer get social work assistance? Oh yeah, they are going to end up needing more:

which in the end will cost the Texas taxpayers more than it will save. Maybe Governor Abbot’s hope is people who identify as LGBTQ or as being disabled will leave Texas? Trump has indicated “good genes” are important, after all.