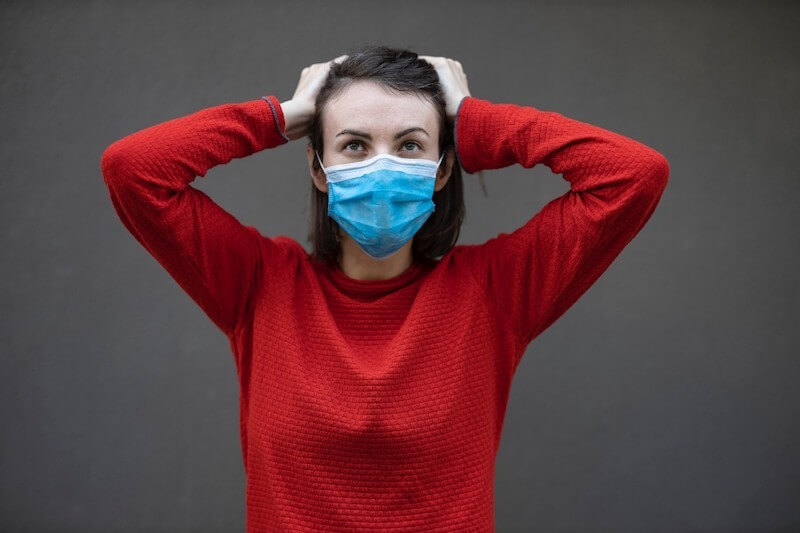 Why I’m still wearing a mask

2017 was a pretty bad year for influenza. I had a job that required me to travel to the corporate headquarters regularly. I have received the flu vaccine religiously every year since 1976 and had only contracted influenza once in more than 40 years.

Presumably, I contracted the influenza virus from another passenger on a flight returning home from my then most recent “pilgrimage to the mothership,” as my husband referred to my bi-monthly trips to the Midwest. Thank goodness the event that I am about to describe happened after my trip home. If I had contracted the virus on the outbound leg of my trip, I would have ended up in an ICU thousands of miles away from my family. Not to mention exposing the thousands of people at the headquarters. A chronically screwed-up immune system plus daily low dose chemotherapy to keep the worst of my rheumatoid arthritis symptoms in check had taken its toll. Anytime there is something going around, I almost always catch it. I managed to avoid COVID only through incredibly strict adherence to social distancing and not getting within 6 feet of anyone outside my household for more than12 months.

In 2017, the problem was the vaccine didn’t have good coverage for a strain that was running rampant in the community. This was the same problem in 2009, the only other year I had the flu. Vaccines are only as good as the strains they cover. So while the vaccine prevented me from contracting two strains of the flu, it didn’t help with the strain that my fellow plane passenger had so kindly gifted me.

It started with a headache followed by body aches and a low fever. Then I started throwing up and entered the vicious feedback cycle that most Type 1 Diabetics know all too well — the one that leads to diabetic ketoacidosis. DKA is a perilous state where cells don’t get the glucose they need for energy, so the body begins to burn fat instead, producing ketones that make blood more acidic leading to organ damage. It’s the presence of ketones that produce the “bad breath” which diabetics are notorious for.

When exorbitant amounts of insulin that would have killed me 72 hours earlier didn’t budge my super high blood sugars, I went to urgent care. I thought that like my previous DKA case, I would get some anti-nausea drugs, a couple of bags of IV fluids, and then go home.

What I wasn’t expecting was the lab panel that showed the viral influenza infection had obliterated my bone marrow production. Everything was below 50 % of normal — white cells, red cells, platelets had all been hammered. I was one bruised knee or opportunistic bacterial infection away from getting to a place that might be impossible to recover from. I was so out of it that I apparently accosted every person who came into my isolation room (including my very patient husband), reminding them in very loud and no-nonsense terms that I had an insulin pump. My hospital had been recently fined for not realizing an unconscious individual in their ER had a pump, and effectively killed them with an overdose of insulin. That fact greatly concerned my subconscious.

It was three weeks before I went back to work. After the immediate crisis was over, I wore a mask every time I went on a plane or any public transportation.

It was a cute mask. Pink pandas, how does it get more harmless than that?

Every time someone sat next to me on a plane, I had a double whammy going:

I always immediately launched into the explanation, so I owned the narrative.

It’s not you I’m worried about, it’s me

You could see the tangible relief in my fellow passengers’ faces and shoulders when they realized they weren’t going to have to sit on a cross-country flight bumping elbows with Typhoid Mary. I realized my privilege in being a well-off, visibly disabled, non-threatening white woman, rather than my 6’4″ male black bodybuilding co-worker.

My masked up life has fallen into three phases so far:

I didn’t realize what a relief it was when everyone (not just me) was wearing a mask. Now every time I set foot into a store, someone takes it upon themselves to tell me, “you know you don’t have to wear those now, right?”

I don’t explain anymore. I merely reply “yes,” and continue rolling on by.

I have been fully vaccinated since April. Just because you are paranoid does not make you wrong. In this instance, it means I don’t want to die from something preventable. I would rather be paranoid than dead or contribute to the early demise of someone else.

Finally, I don’t really give a crap about what anyone thinks about my post-pandemic mask-wearing. I’m doing everything I need to do to keep myself, my family, and even people I don’t know safe.

That’s more than I can say for the people who are old enough but haven’t gotten vaccinated yet, who have zero legitimate scientific excuses. The Delta variant and other mutations yet to develop are evidence that “mask phase 3” where some people choose to wear masks and others don’t may be around for a long time.

Added bonus: it’s great not having had a serious sinus infection for almost two years.