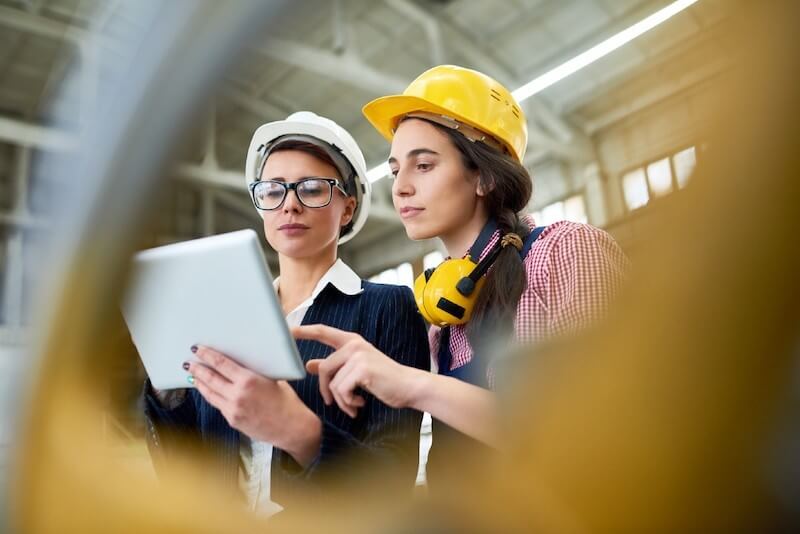 Who tests the ADA testers?

Testers are individuals who have no intention of ever buying the product or visiting the location the website revolves around.

Testers only visit websites or physical locations to determine whether or not they are compliant with the Americans with Disabilities Act or a soft target for a demand letter or lawsuit. They then pass their test results along to their associated law firm, which generates the official paperwork identifying the tester as the potential plaintiff.

A less nice term for “ADA tester” is “serial plaintiff” — some of these individuals are listed as plaintiffs on hundreds of lawsuits, with dozens being filed in a single day.

An even less nice term is troll. I can’t put the other terms I’ve heard used in a family publication.

Headlines like “Robbing Beyonce Blind: The ADA Litigation Monster Run Amok” are written by people (usually without disabilities) indignant about the costs of digital accessibility ADA lawsuits filed against businesses such as New York art galleries, colleges, and Beyonce, to name a few.

Now the pendulum is swinging back.

New York is one of the favorite jurisdictional destinations of serial plaintiffs, with almost half of 2020 ADA litigation being filed there. New York federal courts have not been silent about their disdain for ADA testers filing serial accessibility litigation.

The first New York commentary on digital ADA testers that I know of occurred in Diaz v. Kroger. The Kroger court specified that there had to be the real possibility of some business transaction taking place that would be barred by the alleged inaccessibility. Without the possibility of actual business being transacted, the barrier is largely illusory, and no real discrimination took place.

If you are a tester, the possibility of actual business being transacted by YOU is zero.

By definition, testers never intend to follow through with a business transaction.

They review websites through a compliance lens alone, not a customer lens.

Most recently, New York froze seventeen cases filed by a wheelchair-using plaintiff with vision loss (Deborah Laufer) who has filed more than 600 total cases across the US. In this particular case, Ms. Laufer

Other courts have said similar things but in different ways. In Laufer v. BRE/ESA Portfolio (yes, the same Laufer), the Maryland court stated that “plaintiff must have plead facts to plausibly establish standing.”

Though the courts have spoken many times, the plaintiffs (and their attorneys) really don’t seem to have been listening.

Because serial plaintiffs file most ADA cases, it makes true ADA litigation like Bashin v Conduent and Lighthouse v. ADP really stand out. When you see a case that is:

it makes the serial plaintiff cases pale by comparison.

Balancing public policy against the negative value of testers

Because the ADA provides the public with no direct redress other than litigation, the question that no court has ever answered is, “Is there value in tester litigation because it is inevitable that a real customer with a disability would not be able to enjoy defendants goods or services.”

Neither OCR nor the ADA requires notice to the potential defendant before filing suit. Botosan v. McNally Realty clearly held that plaintiffs are NOT required to give notice to anyone before filing an ADA lawsuit.

There is no “right to sue” process required in OCR or the ADA like the EEOC where the party discriminated against must provide written notice to the discriminating company of their intention to file a lawsuit and receive a letter saying that they have the right to sue before the suit is filed.

The damage occurs when the discrimination takes place. Most of the time, no amount of apologizing or promising to fix it in the future takes away the sting *especially* for true one-time events like weddings, baptisms, funerals, and graduations that can be ruined by inaccessibility. Once those bells have rung, they cannot be un-rung.

The ADA is about to celebrate its 31st birthday. That is more than enough notice that discrimination will not be tolerated. Equal access is guaranteed under the law, period.

The first digital accessibility lawsuit, NFB v. Target, was settled 13 years ago. The majority of cases since NFB v. Target have been decided in favor of the plaintiffs and have used WCAG 2.0 Level AA as the standard for determining whether or not a website is accessible.

Complaining to someone in authority rarely results in change. Anecdotally, the next time I return, the barrier is usually still there. Exercising my rights under the ADA turns my issue into a problem that can no longer be ignored or swept under the rug. That is the only way I have found a permanent resolution for me and all others in my situation.

Here is the paradox that most people don’t understand:

I am a real person who experienced actual discrimination, not a tester.

If a tester found the problem first and was allowed to sue, my discrimination might never have occurred.

Most ADA managers hate serial plaintiffs. Because no website is ever 100 % compliant, even those outstanding at their jobs run the risk of being targeted by a serial plaintiff, severely tarnishing their reputations.

Because I’m one of the few people who has seen both sides of this argument personally, having been named a “serial plaintiff” by the Trump administration for filing dozens of Department of Education and Office of Civil Rights complaints on behalf of disabled students, it’s really difficult for me to say unequivocally that one side is universally right and the other is always wrong.

I wish everyone who thinks that ADA lawsuits are frivolous or that serial filers should be blocked from filing additional suits could roll a mile in my wheelchair. Every day (pre-pandemic), I faced delivery trucks, rideshares, and armored cars blocking accessible parking, having to ask for help with doors, or some thoughtless store manager getting “creative” with cramming more items into the store, usually in the middle of an aisle that I can’t get around (Cupertino Target I’m talking to you).

The passage of the ADA has not completely eliminated 100 % of the barriers I face daily. Pre-ADA, I was the only student left behind on a school trip to Yosemite because Yosemite did not have wheelchair-accessible bathrooms or paths. While Yosemite is now accessible, only 5 years ago I had trouble attending my youngest daughter’s graduation because the school gave no thought to wheelchair accessibility in an outdoor setting.

No one should have to live their life being singled out for this type of discrimination day in, day out. The blind plaintiffs suing over lack of access to food delivery, art galleries, college applications, hotels, and yes, fan websites like Beyonce’s literally can’t even get through the (digital) front door to make their interests in becoming a customer known. And last time I checked, disabled individual’s money is as spendable as any other customer’s.

Like a spanking or jail, the pain of being sued is what reduces the chance of the illegal behavior reoccurring, regardless of who the plaintiff is. If you don’t believe WCAG 2.0 is the standard to be measured to, no problem. Argue that you are providing equal access guaranteed to everyone by the ADA some other way. But ignore digital accessibility at your own risk. When the only recourse available to people with disabilities is to sue, class actions get attention.

Lazy attorneys are at the root of most of these “lack of standing” ADA tester cases.

The first three are the result of plain, vanilla sloppiness. The problem with the first 3 is they erode credibility, leading to the court performing a very stringent review of #4. Plaintiff’s attorneys have been on notice for 18 months that it is not sufficient to say, “Hey, I was testing this, and it wasn’t compliant.” They have to show real harm.

However, as long as it doesn’t cost the plaintiffs’ attorneys any money, they have no motivation to perform more work for a different result.

Financial sanctions, disbarment, and being blocked from filing future litigation are potential routes courts can take when lawyers fail to listen to courts or follow the rules. One case currently pending in the 11th Circuit (the same place that the Winn-Dixie case is currently sitting) involves a plaintiff and attorney who have both been sanctioned related to ADA lawsuits. However, that case has a slightly different fact pattern since it includes allegations that the attorney egregiously inflated and misrepresented his billable time, a form of fraud.

The most recent WebAIM report notes that the web is still very inaccessible to users of assistive technology. Until this changes, ADA testers are likely here to stay, unless they are flat-out barred from filing by one of the jurisdictions that the cases are filed in.

To answer the question of who tests the ADA testers, the answer is “the courts do.” Here’s hoping the courts find the right balance between the trolls and the people with disabilities who have been truly harmed by inaccessibility.