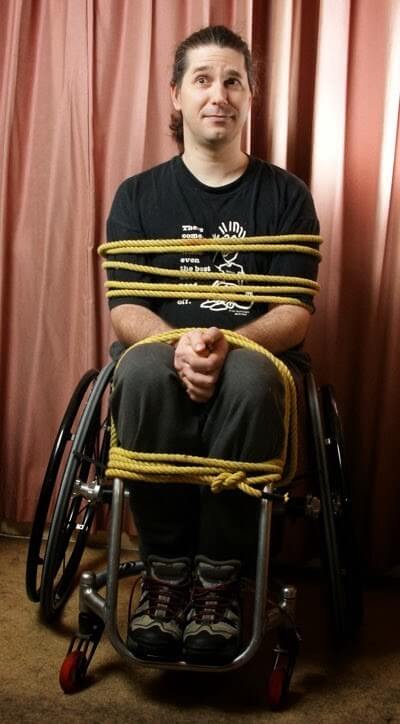 What one wheelchair user thinks about being called “wheelchair-bound”

If you’re not disabled and you don’t have the lived experiences of your colleagues with disabilities, there’s a non-zero chance you’re going to make a communications mistake. Communication mistakes are incredibly common when you add cultural and geographic differences.

The first time a disability-language mistake is made, I forgive and forget. It’s a teachable moment, and especially with people who know me well, it rarely happens again.

When the microaggression repeats frequently, however, it becomes less forgivable and more an objective demonstration of the speaker’s lack of self-awareness and privilege.

How do you avoid this issue

DO THE WORK !!! Don’t expect someone with a disability to hold your hand to lead you to be more inclusive. Like BIPOC, people with disabilities are tired — -there are way more of you (especially in the workplace), and relatively few of us. Employed people with visible disabilities represent about 1 % of the average mid-sized or large company. And that’s for companies who are doing a good job. We’ve struggled for a long time, and still have a long way to go with respect to progress to true equality. To this day, many with hidden disabilities choose not to bring their authentic selves to work.

We want allies to educate THEMSELVES. There are many non-onerous things that individuals can do to be aware of their language choices related to disability. Following these steps will make yourself a better disability ally, and anti-ableist:

Do something with your newfound knowledge. Don’t rest on your laurels that you are the best disability ally out there. Make everyone around you 10 % more impactful in their disability allyship.