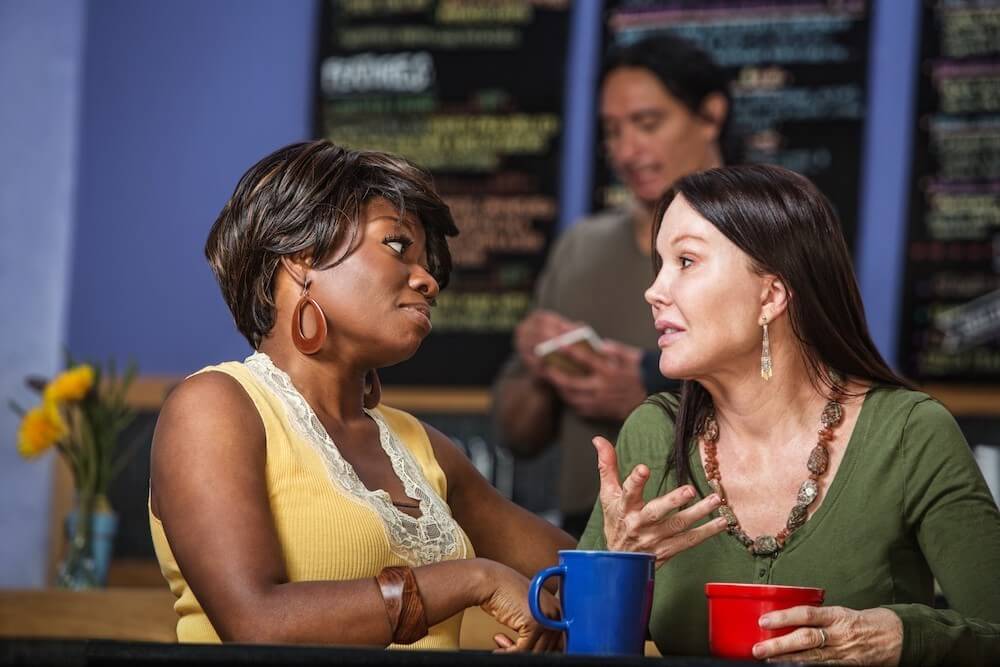 Published by Sheri Byrne-Haber on January 19, 2021

Teachable moments suck. Here’s how I make them suck less.

Oxford defines a teachable moment as:

an event or experience which presents a good opportunity for learning something about a particular aspect of life.

Sounds innocuous, right? All win-win and upside, sweetness and light, everyone is happy?

Not so much when the “teachable moment” pertains to diversity or identity, be it gender, age, disability, ethnicity, LGBTQ+ status, or any other aspect. Let me tell you that under those circumstances, “teachable moments” are unequivocally awful experiences, even under the best of circumstances.

With age comes wisdom, and I’ve established the following process to break down my teachable moments and make them easier for me to digest.

Step 1: Recognize that you own and control the power of responding.

This step comes from basic 12-step program principles. Addicts are required to understand that:

The same is true for being on the receiving end of discriminatory words or actions.

The only response I control is mine.

The moment is always teachable. However, I control whether and how the education occurs.

Step 2: Recognize that it’s not selfish to put your disability-related needs and identity first.

We are people with disabilities. We don’t have problems or issues that need to be resolved. We deal with barriers placed by others that need to be eliminated. Our needs are not conceptual. They are real and systematically inhibit us from having an equal playing field with everyone else. It is not selfish to demand (not ask) to be treated equally.

Microaggressions minimalize crucial and integrated aspects of our identity. They come in many forms: verbal, actions, and the failure to act. Microaggressions either intentionally or unconsciously send negative messaging based solely on the recipient’s perceived status as a member of an underrepresented group.

Sometimes, you are just out of spoons.

Remember, you own and control the response (Step 1). Intentionally deciding not to respond is part of that ownership. Don’t lapse into doing nothing by default; make it a deliberate choice.

Step 5: If you can’t come up with anything but want to respond, start with What, When, Why, or How.

Yes, all four of these things have happened to me personally. When these incidents occurred, what I said probably wasn’t articulated this well. However, when you start with these three words, the rest frequently pours out of you.

Step 6: If you know the actor, you can always respond after the fact.

Some people (including me) find that writing their feelings in an email or text message is easier because they aren’t in front of the person (and their possible judgment) when the discrimination/microaggression occurs. However, there are trade-offs with this approach:

This is an instance where I love to use Grammarly’s tone detector. Suppose I get to the point where I have to write one of these messages. In that case, I’m generally-speaking too emotionally close to the issue to judge whether the message is coming off as accusatory or angry. Having a tool analyze my language and tell me what it thinks helps before taking the plunge and hitting the “send” button. I’ve found with my writing, the Grammarly tone detector is surprisingly accurate

Step 7: Decide. The correct choice is the one that works for you.

It is not productive to spend time later thinking, “I should have done this instead.” What is productive is revisiting your response (or lack thereof) and thinking, “if this comes up again in the future, do I have a plan for a better way to handle this?” That approach allows you to ideate on the issue in a non-threatening, non-immediate, hypothetical manner.