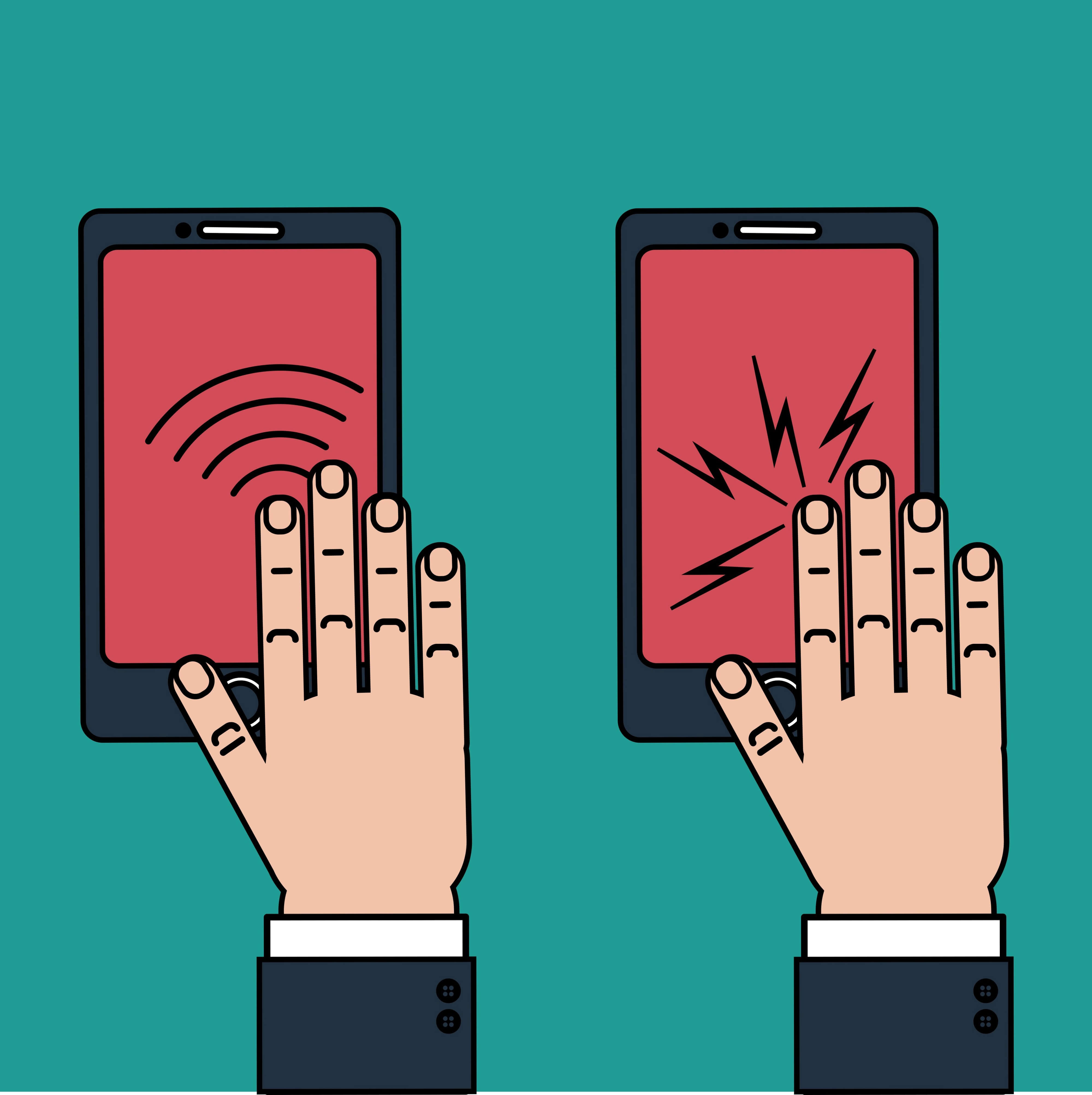 Published by Sheri Byrne-Haber on October 22, 2019

Haptics are a very important extra sense that all apps should consider using. But like anything related to motion, what you can turn on, must also have an “off” switch

Each one of these steps adds an additional layer of user notification, using a different sense or a variation on a sense. Notifications will be perceived by more and more users as additional notification forms are utilized. By the way, anything below Step 4 in the above examples would fail a WCAG 2.0 Level AA audit and be considered inaccessible. That’s kind of like hanging a lawsuit bull’s eye target around your neck these days.

Haptics are the “device vibration” part of the last step (6). Most commonly associated with games, haptics use technology that stimulates the sense of touch through motion largely on game consoles and mobile devices. Probably one of the first haptics invented (possibly before the word even existed) was Braille. Braille utilizes a tactile feedback system — the sense of touch and the feedback from feeling the bumps with one’s fingers provides the sensation from which reading can occur for someone who is blind.

In general, haptics can be modulated by both:

The REALLY important thing is to set a haptics standard that is consistently used within an app and across apps under a single corporate umbrella. Otherwise, a confirmation haptic vibration for one app may have been used as a be a critical error message on another — that would an awful user experience at best, and possibly a WCAG consistency violation at worst.