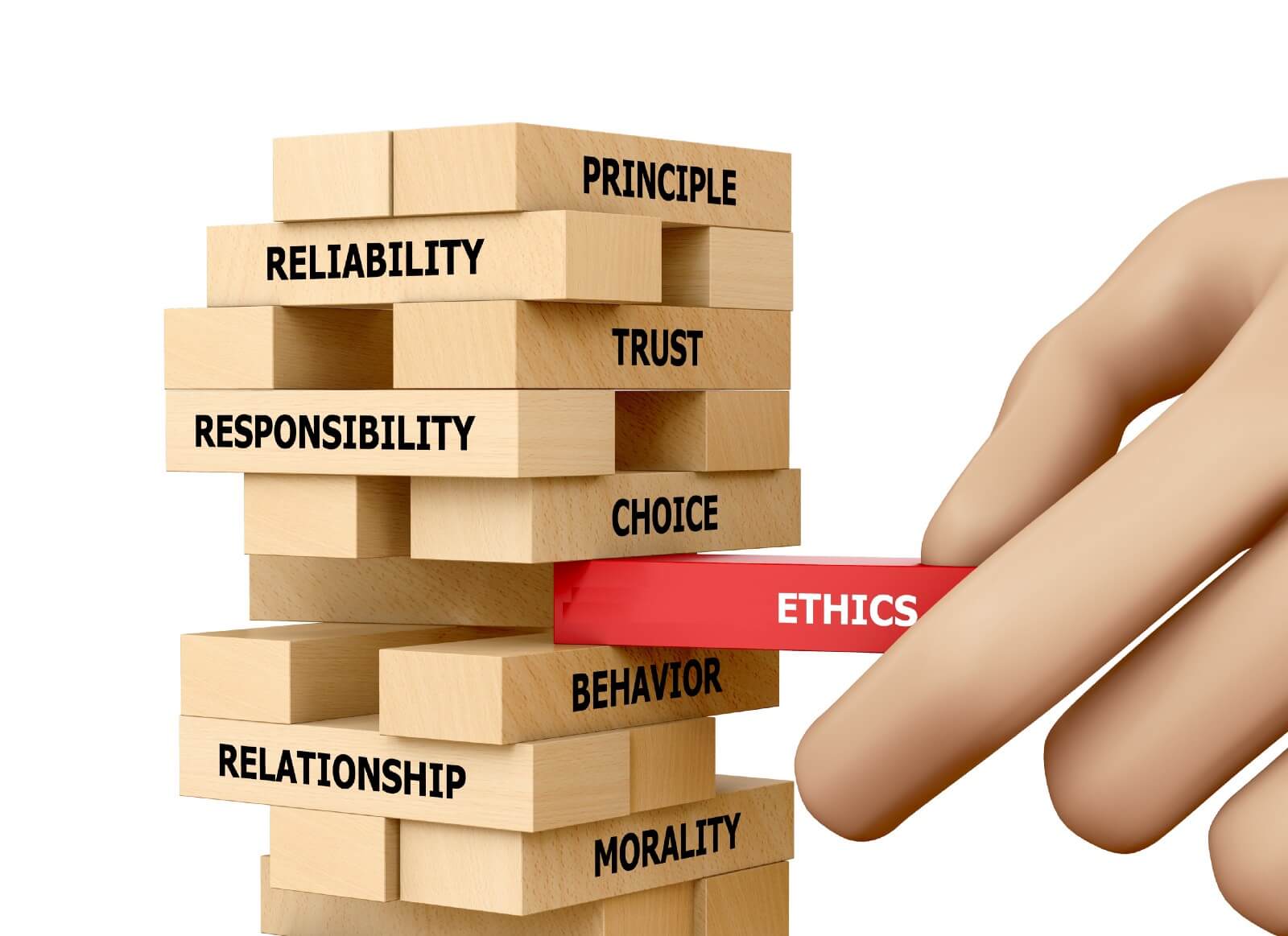 Design is not about expressing yourself.

Design is not about following your dream.

Design is not about becoming a creative.

Ethical design means thinking about your product in the context of its users and their environment. Designers need to learn how to think about ethical issues, and ask themselves:

…there is almost no literature, publications or examples on including ethical design considerations facing people with disabilities.

Why no ethical design for PwDs?

Most organizations look at the WCAG 2.1 Level AA guidelines as a goal and not a floor. Viewing WCAG as an end goal results in “designing to the standards.” Like “teaching to the test”, people never look at things beyond the paperwork put in front of them that they are told they are being measured to. This approach subconsciously but clearly sends the message to people with disabilities that “ we look at you as a compliance / legal exercise, not an valuable and important minority group who should receive more consideration than the legal minimum.”

When an organization is trying only to meet legal minimums, they are clearly not addressing the three main questions of ethical design — issues, social/environmental cost, and discrimination. WCAG only addresses the third item (discrimination) and only does so in a limited way.

Is your design providing a benefit to one group of people but at the detriment to another?

Dark patterns are the quintessential definition of unethical

Dark Pattern is a term coined by Harry Brignull. His definition of “dark patterns” is:

Tricks used in websites and apps that make you buy or sign up for things that you didn’t mean to.

An ethical design would never contain a dark pattern. If your design contains dark patterns, you really need to think twice about whether or not you are designing for the best interests of your users.

I attended a brilliant presentation by Joe Devon ® at the 5th annual #A11yCampBay. at LinkedIn’s SF offices on March 9th. This was a one-day accessibility bootcamp started by Jennison Assuncion. Joe and Jennison also co-founded GAAD (Global Accessibility Awareness Day) which is the third Thursday in May every year. Joe’s fascinating and detailed talk was focused on the impact that dark patterns had on people with disabilities. Because people with disabilities tend to be in lower socioeconomic strata, anything that tricks them into spending money unnecessarily is by definition going to disproportionately impact people with disabilities.

As Joe went through a detailed review of each dark pattern with respect to people with disabilities, a thought popped into my mind — would adherence to WCAG 2.1 eliminate the ability to use dark patterns? Here are a few examples of where that is true:

Disguised Ads and Bait and Switch

Advertisements that are disguised as other kinds of content or navigation, in order to get you to click on them. Games are the worst when it comes to disguised ads. Watch a video and get a free life. That can be a disguised ad. Bait and Switch is when the user sets out to do one thing, but a different, undesirable thing happens instead.

Relevant WCAG Standard: Both of these dark patterns would be disallowed by the2.4.4 Link Purpose (In Context) guideline. You need to provide the users enough information to know what is going to happen when they activate a link.

Hidden Costs and Sneak into Basket

You get to the last step of the checkout process, only to discover some unexpected charges have appeared, e.g. delivery charges, tax, etc. That’s a hidden cost. “Sneak into basket” occurs when you attempt to purchase something, but somewhere in the purchasing journey the site sneaks an additional item into your basket, often through the use of an opt-out radio button or checkbox on a prior page.

Relevant WCAG Standard: 3.2.2 On Input Changing the setting of any user interface component does not automatically cause a change of context While this may seem like a stretch, commentary by W3C later in the guideline nails it “ Changes of context are appropriate only when it is clear that such a change will happen in response to the user’s action.”

You respond to a question, which, when glanced upon quickly appears to ask one thing, but if read carefully, asks another thing entirely. That is a trick question. Confirmshaming is the act of guilting the user into opting into something. The option to decline is worded in such a way as to shame the user into compliance.

The design makes it very easy for you to get into a certain situation, but then makes it hard for you to get out of it. Relevant WCAG Standard: 2.1.2 No Keyboard Trap If keyboard focus can be moved to a component of the page using a keyboard interface, then focus can be moved away from that component using only a keyboard interface, and, if it requires more than unmodified arrow or tab keys or other standard exit methods, the user is advised of the method for moving focus away. Keyboard traps are definitely roach models. Although this doesn’t help you with the multi-step roach motel of trying to cancel a service (or unsubscribe to something) after you have signed up.

If you are not including accessibility in your designs, either explicitly or implicitly through adherence to universal/inclusive design principles, you are clearly not practicing ethical design. Intentional inaccessible design is an ableist approach which clearly provides your goods and services to able-bodied people to the detriment of people with disabilities. All three ethical design principles are violated by inaccessible design: