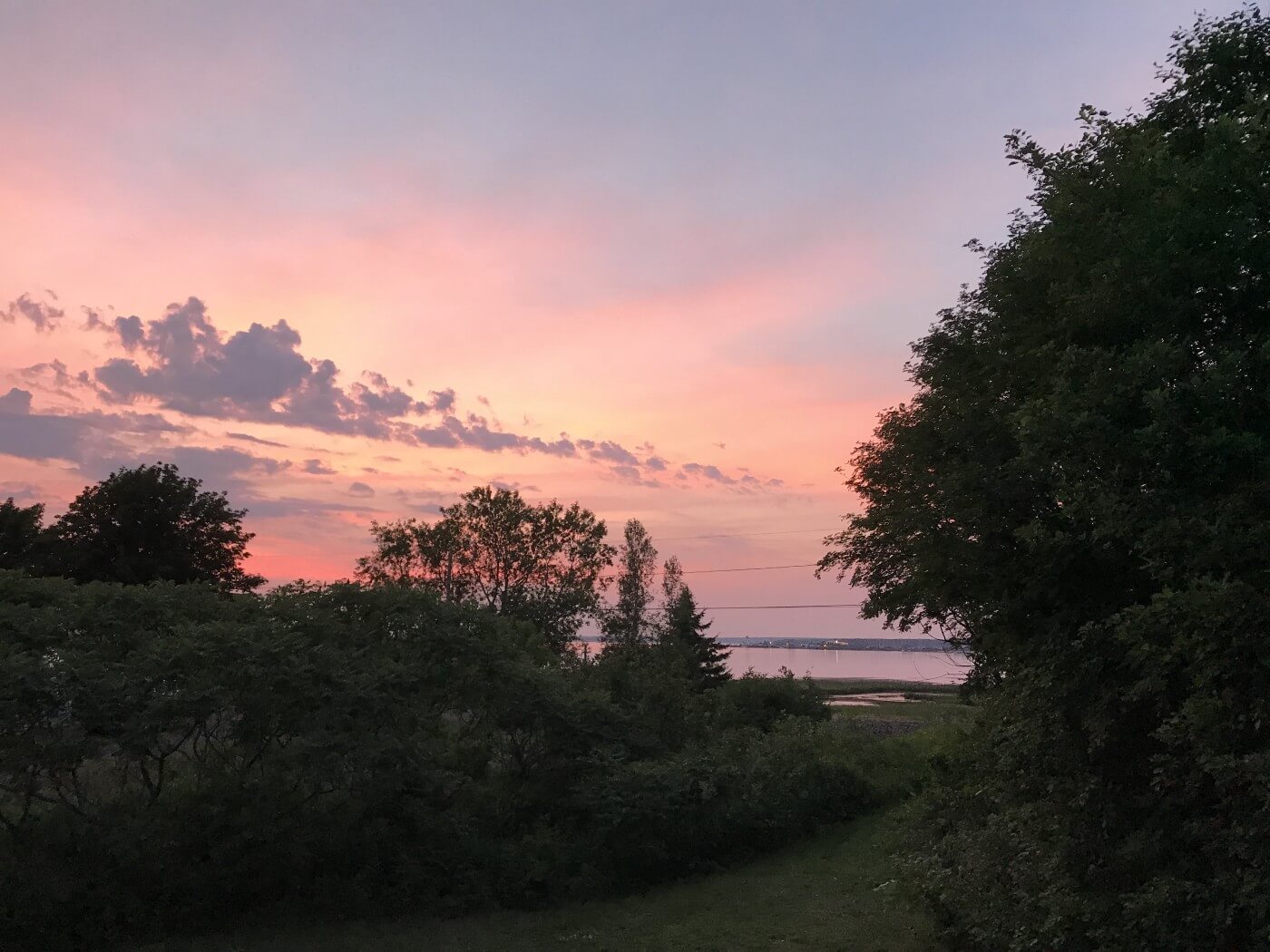 My family moved to California when I was 8. My father is an electrical engineer which is what passed for “tech” at that time. California was the place to be. Also, in California, I could get treated at Stanford for my collection of orthopedic issues, which my parents thought was the best place for me to be taken care of. I remember the first thing I said when I was told this was going to happen was “We can’t go to California, they have earthquakes there. Only stupid or drunk people die in blizzards, anyone can die in an earthquake.” But off to California our family went, and it didn’t take long for the French in my young brain to get rapidly replaced by oddly accented Spanish.

It was four years before we made our first trip back to Canada. Several decades ago, it was both difficult and expensive to get from Sunnyvale, California to Shediac, New Brunswick (current population: 6600 year-round residents swelling to maybe 20K during the summer). In the 70s, you couldn’t even get a direct flight from San Francisco to Toronto, you had to go through Chicago. So it took 4 flights and 25 hours plus a four hour time zone change to get door to door. Drive to SF, SF to Chicago, then on to Toronto followed by Montreal, then Moncton, and then drive to Shediac, each plane getting smaller and smaller along the route. About what it takes these days to get to India, except Sunnyvale to Moncton is a trip from one diagonal corner of North America to another diagonal corner of the same continent. We always stayed a month or more, since no one wants to go through that much travel expense and inconvenience to stay only a week. It wasn’t quite like Laura Ingalls Wilder saying goodbye before she got on her covered wagon to head from Minnesota to Missouri, but it sure seemed like the then-modern equivalent to me.

Long distance phone calls (remember: this was before e-mail) were $5 a minute — back when $5 could buy a decent steak dinner. My mother and sister and I would plan what we were going to say to my grandmother before we picked up the phone. Once the phone came off the hook, my mom held her watch up close to her face, watching the seconds tick by as we talked. Silence was expensive. Occasionally we would luck out and get my aunt as the telephone operator — when that happened, we got to catch up with her for free! Back then, many cottages had party telephone lines. It wasn’t until the late 70s that the beloved cottage that I now own in Pointe du Chene finally got indoor running water and a much-needed indoor bathroom.

The first summer we returned, I was a local oddity, where the following questions were frequently asked.

Once I went to the bank to cash a birthday check from my grandmother. I didn’t have the form of ID the bank wanted and I mentioned that I was visiting from California so it wouldn’t be possible to get. “Oh you’re Henrietta’s granddaughter,” the teller replied, looking more carefully at who wrote the check. “Never mind about the ID.”

Fast forward to adulthood. I have visited every summer for the last 30+ years. I bought a fallen down cottage (no foundation and caved in roof) down the street from the aunt who was the telephone operator. A cousin re-purposed the cottage to be a bear hunting shack up north. Then I built a house on the empty lot. It was just a short walk from my place to hers every day. When she passed away several years later, I sold my house to buy her cottage. Probably not the best financial decision I could have made, but I couldn’t bear to let the cottage I grew up with be sold to someone outside of the only family that had ever owned it for almost 70 years. Not to mention you can buy an entire house in Shediac for less than what a down payment is on a house in Silicon Valley.

Every summer when I come back, I pop my head into the Pointe du Chene post office to let them know I’ve arrived. They ask if I’m expecting mail and call me when anything arrives with my name on it attention of General Delivery. I chalk that experience up to “things that would never happen in California.” A traffic jam in Shediac is the Saturday morning line-up for donuts at the local Tim Horton’s. It really makes me appreciate small town life.

Many of the jobs in the greater Moncton area post WWII were associated with the railroad. One of my grandfathers was an train engineer. A lamp he left my mother is proudly displayed in the replica railway office in the Shediac Railway Museum in the top right corner of the photo above. Another grandfather was a railway supplies manager. One uncle worked for the railway corporate offices, and my uncle Joe (married to the aunt who was the telephone operator) was a cook for the train repair crews.

Uncle Joe did not know how to cook for less than 20 hungry men with very physical jobs. Large batches (and associated leftovers) were his thing. He had two specialties: BBQ and biscuits. Many people outside of Acadia don’t realize that everything pertaining to Louisiana Cajun culture and food (except for anything blackened or being spicy) originally came from New Brunswick. Biscuits are a delicacy in this part of Canada, and my uncle made the best biscuits anywhere. They were small, so you could eat a lot of them at once. I never grabbed fewer than 4 every time I passed through the kitchen. And the biscuit container was never empty.

When my aunt died suddenly, my uncle could no longer live by himself. He moved in with his daughter, and then to an Alzheimer’s care facility. We used to visit him every summer in Halifax. When he no longer remembered who we were, he would introduce himself and tell us about the wonderful cottage he had in Pointe du Chene and how sad he was that no one was using it. He never once failed to offer to let us (who were to him, strangers) stay in his cottage. We never told him that we had already bought the cottage so my cousin would have the money she needed to take the best care of him possible.

When my husband and I bought the cottage, there was a lot of cleaning up to do. There were no fewer than twelve bicycles in the garage, in varying degrees of falling apart. My aunt and uncle always wanted their grandchildren, nieces and nephews to have lots of things to do and for their cottage be the place that they invited their friends over to. I kept one bike that I remember my cousin Jeremy riding, and that is the one I use to this day. The rest we dragged out to the corner with a sign that said “free” and they were all gone by the next day. Twenty suitcases were pulled out of the storage crawlspace which went to Habitat for Humanity to resell. There was quite a bit of sailing gear that we gave away to friends and family. But when I got to clearing out the kitchen, I stopped when I got to this item.

This was the biscuit pan that my uncle Joe used when he made biscuits, once a week on Saturday morning like clockwork. You can see the cumulative imprint that the hundreds of batches of biscuits he made etched as circles onto the non-stick surface of the pan. To my uncle Joe, cooking was love, and this pan bore the physical signs of his love for his family.

Yes, I could go buy bigger or better pans. But I didn’t. I use this pan to this day, and think about my aunt and uncle and all the fun times we had when I was a child, growing up in the cottage that I now own as an adult, having fun with my own children and my grandchildren. I also hope my children and grandchildren carry on the tradition of summer cottage life “Down East” in New Brunswick. To me, New Brunswick is paradise, and California is the land where periodic escape is mandatory to maintain one’s sanity.