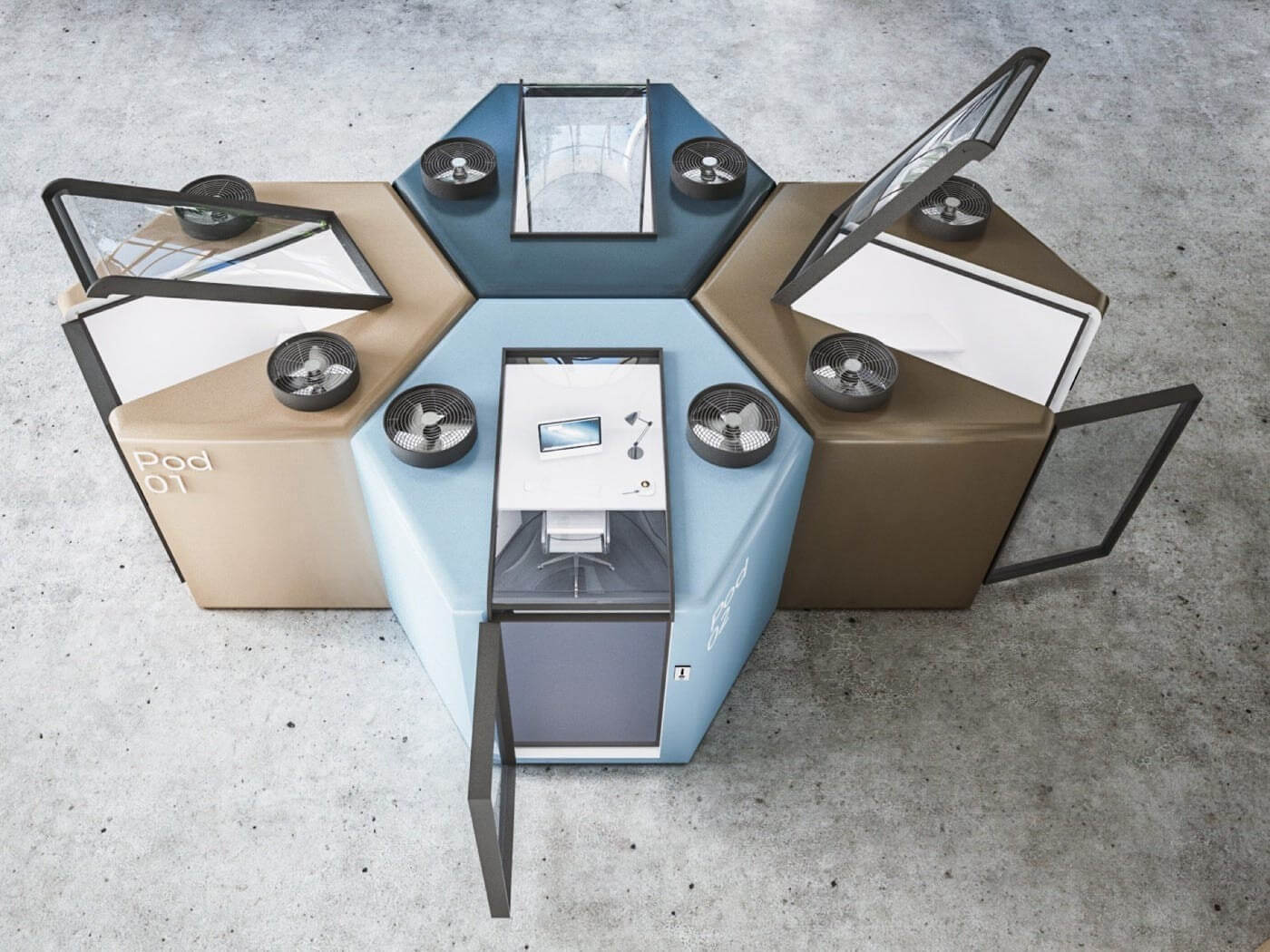 An award-winning business product that is the opposite of inclusion

On paper, “Q.workntine” is the kind of innovative product people fawn over, and investors throw money at without digging into it too deeply. It won the DNA Paris design award for “responsible design.” I guess that means the DNA Paris design award rules don’t consider the needs of people with disabilities an essential component of responsible design? SMH. Q.workntine claims to provide safety and protection within the physical workplace while maintaining the same number of employees per square meter as a traditional office system.

But here are just a few groups of people with disabilities who are implicitly excluded from being able to use Q.workntine.

People with mobility or balance issues — There is a large raised threshold at the doorway of each pod, plus the doors aren’t wide enough for any wheelchair to get in. People who use crutches or a cane will have similar issues. There aren’t any grab bars, so people with balance problems will also struggle to even get into the door. This can create a serious risk of injury for these people.

People with claustrophobia, anxiety disorders, or who experience panic attacks — There’s a reason why there is a $1 billion open MRI market — many people experience debilitating claustrophobia, anxiety disorders, or panic attacks. The people who are driving the $1 billion open MRI industry are the same people who wouldn’t even think about getting into one the close quarters of one of these pods.

People with hearing loss — These chambers claim they are airtight (presumably with the skylight closed?), and there does not appear to be any acoustic tiling. The chances are that there will be some type of sound distortion that will hurt people with hearing loss who use assistive devices like hearing aids and cochlear implants to be able to discern speech.

People who have high facial recognition failure rates — The product designer has implemented an automatic door opening function using facial recognition as a “feature,” which means people don’t need to touch the doors/handles. AI is notoriously biased, and there are known AI biases regarding disability. People with Tourette’s syndrome, PAN/PANDAS, autism, or craniofacial differences are going to chronically struggle with facial recognition system accuracy. There are also temporary situations that will trigger facial recognition failures like swelling from a root canal, developing a scar, or needing surgery. If you are a woman of color, according to research done by Joy Buolamwini of the Algorithmic Justice League, a data set with almost perfect accuracy in identifying white men may only have a 65 % accuracy rate identifying women of color.

People with service animals or people who require bulky items to be close at hand — There just isn’t enough room. Forget about it. If someone jammed a service dog in here, I would consider calling the SPCA. People on oxygen or who have diabetes require tanks and medication to be within arms reach. That isn’t possible with this design.

People with high BMIs — they won’t be comfortable in this type of room, and some won’t be able to get in because the doorway is so narrow.

Where did Q.workntine go wrong?

There’s a reason why large companies do thorough employee ergonomic assessments. Any small tweak to the office set up that makes the employees more productive and less likely to injure themselves is more than going to pay for itself.

It’s far easier and cheaper to proactively make your workplace accessible than it is to recover from a lawsuit and damaged reputation over inaccessible and exclusive employment practices.

And finally, if you are going to design something for an international audience, make sure you review your design brief in the context of the laws of that audience. in 1990, the slogan for the civil rights activists who championed the passage of the Americans with Disabilities Act was “nothing about us, without us, is for us.” Clearly this is a design that had zero input from people with disabilities, and as someone with a disability who wouldn’t be able to use this at all, it is most definitely not for me.