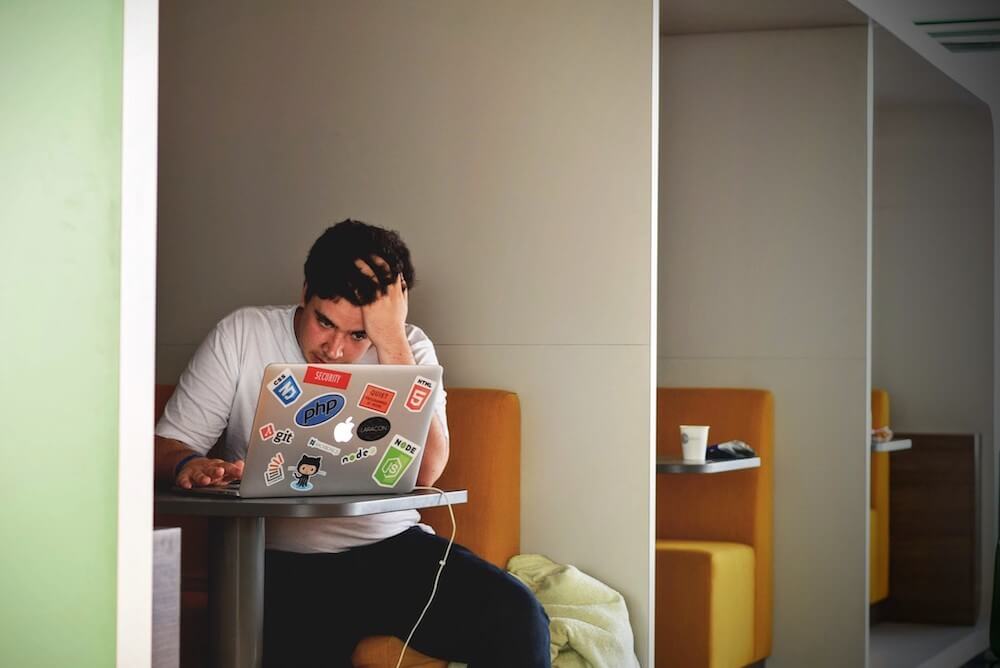 All the reasons you might not have gotten that job

I have spent some time over the last few months mentoring people finding themselves out of work courtesy of COVID. Some of them have applied to jobs at VMware; others are in the design/UI/accessibility fields and want advice on how to present themselves best when applying elsewhere.

Most jobs at large stable companies are receiving hundreds of applications for each opening. One position I know of at VMware received over 700 applications. With that many applications, the odds of you being the person hired even if you are perfect for the job are honestly quite low. Inherently, the one common denominator amongst all of the people I’ve been trying to help is that most of them don’t get the jobs for which they are applying.

Denial after denial can be emotionally damaging, especially for people who are under financial stress and may already be subject to imposter syndrome. Because I have some visibility into the reasons people don’t get interviews or offers, I thought that it might be helpful to share some of the reasons why that happens. Most of these reasons don’t have anything to do with the applicant.

Not every job that is posted publicly is intended to be filled by an external candidate.

This fact is surprising to many who are early in their careers, who assume that every job posting has a 1:1 correlation to someone being hired from outside the organization. Just because a job is posted doesn’t mean that the company that published it has a position to be filled by an external candidate. The following four reasons are why jobs can be posted, and no one gets an interview.

1. The job was destined for an internal transfer or contractor conversion

Many companies have rules about having to post jobs externally for ten days before offering the job to an internal candidate or converting an individual from contractor to employee status. This rule is especially true for companies that involve unions (where the posting requirement is part of the collective bargaining agreement) or federal contractors. Some other large companies have voluntarily adopted these rules for transparency in hiring decisions.

2. The posting was “evergreen.”

Evergreen postings are so-called because they are postings that never die. Evergreen postings are typically used by larger companies where there is a reasonably continuous need for people with a particular skill set, but not an actual open position. If an outstanding candidate comes through the door, talent acquisition is then supposed to align that candidate with a real available position. But many people who apply to evergreen requisitions never hear back because their submission was not aligned to an actual open position. Sometimes evergreen postings can be detected by:

– How long the posting has been open.

– How old the job posting number is (if the employer uses sequential numbering).

3. The posting was purely for visa reasons.

Some visa statuses under certain circumstances necessitate the employer to prove that US candidates have been solicited for the job and that none of the US candidates satisfy the job requirements. These types of postings are sometimes detectable by the minute detail contained in the job description as if they were being crafted with a single individual in mind. That makes it easier for the employer to say that no one except the candidate who needs the visa was qualified for the job.

4. The job was posted to get local compensation information.

There are many job categories (mostly ones in high demand) where compensation fluctuates frequently. Employers who need people in that category need to make sure that they are paying their current employees in the right range, lest those employees leave for greener grass. I have heard of employers posting jobs and conducting “screening interviews” to find out what people outside of the organization are currently being paid for similar roles. That type of inquiry is getting more difficult as an increasing number of states are making it illegal to inquire about current compensation. However, asking what an employee’s salary *expectations* are is still legal.

You applied too late in the cycle.

You may have applied the day you found the posting, but if the requisition has already been up for 21 days or longer, chances are they already have many qualified candidates in the pipeline. Unless they all fall through, talent acquisition may not be going back to the new resumes that have arrived since they started doing interviews.

You were “the diversity interview.”

Many companies (my employer included) require a “diversity interview” before allowing jobs to be offered to non-diverse candidates. At VMware, we do not waste people’s time by bringing people in for interviews when they have no chance of getting an offer. But some companies have been known for doing this shameful practice. If you belong to an underrepresented minority — it is evident in your name, your resume, or your internet presence — it is possible that you only received the interview so the employer could check that box. Unfortunately, they may have intended to make the offer to the non-diverse candidate all along.

The job was a stretch for your skillset

This particular reason impacts men and women very differently. A recent HBR article summarizes HP’s research that demonstrates a significant gap between men and women with respect to applications and job qualifications. Women tend not to apply for jobs unless they are 100% qualified, whereas men apply when they are 60% qualified. So men are more likely to apply for jobs that are a stretch, and thus are more likely to be rejected for lack of qualifications.

Applying for a job that is a stretch should not be discouraged. My point is rather that rejections from stretch applications should not be taken to heart. You know why you were rejected. Instead, analyze whether that qualification that you are missing is worth seeking so that down the road, your next application won’t be so much of a stretch.

98 % of companies use Applicant Tracking Systems (ATS) in the talent acquisition funnel, all the way from the application to the final selection of a single winning candidate. 75 % of applications are rejected without a human ever looking at either the resume or the cover letter.

Job searches are hard, especially with a high unemployment rate the likes of which we are currently experiencing. They are even harder when companies are reluctant to provide feedback on why another candidate was selected, for fear of being sued. It is important for one’s mental health not to stress over things that cannot be controlled (like whether the job you applied for is an evergreen posting) and control what you can like making sure that your resume has the right keyword density to get past the ATS. Other things you should do to improve your chances include: