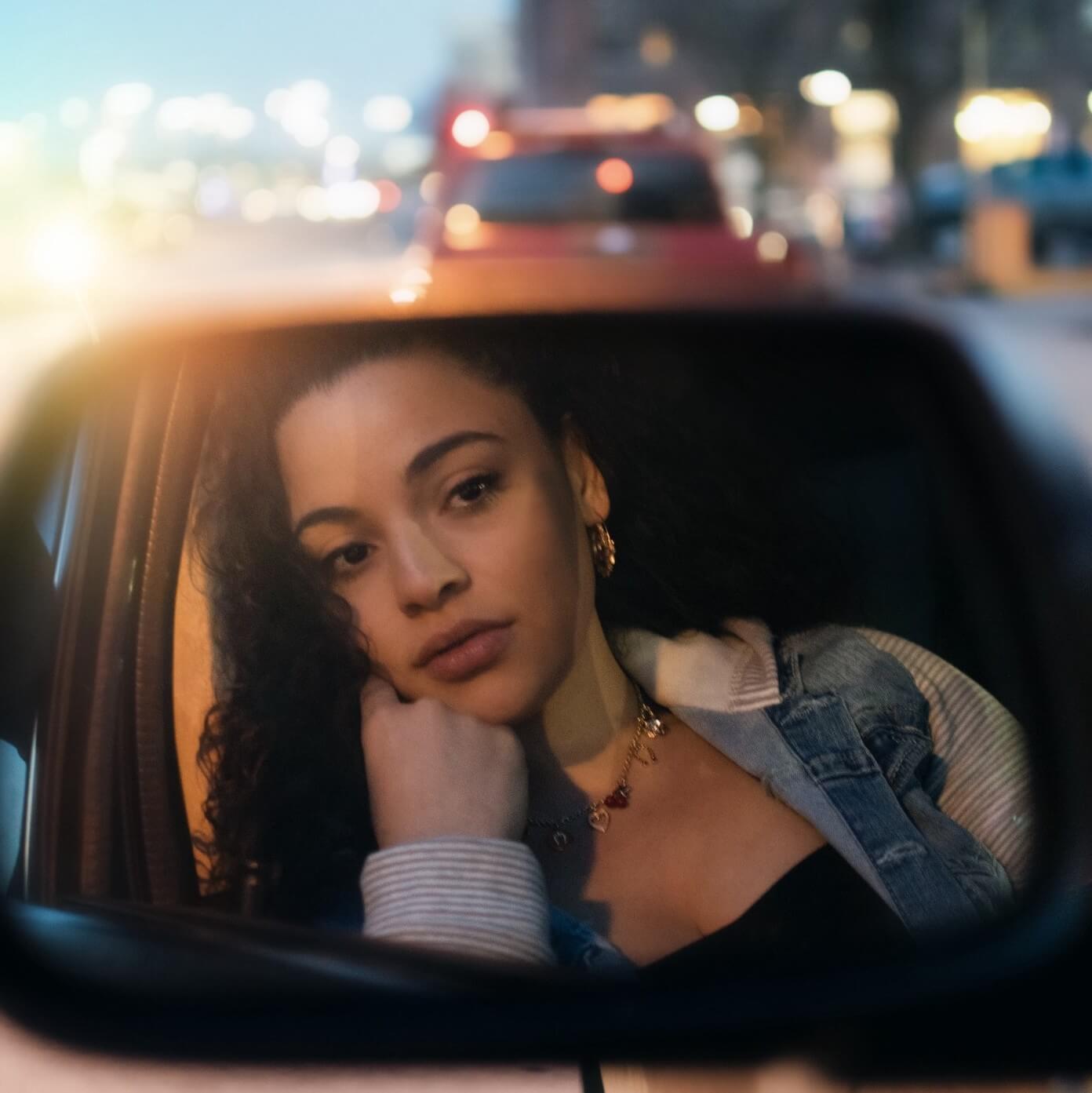 Why I seldom turn on my video for zoom calls

Published by Sheri Byrne-Haber on December 21, 2020

I am Sheri Byrne-Haber, a wheelchair-using, no-nonsense, CS degree-holding geek who also has degrees in law and business. I hand out large servings of “accessibility tough love” to organizations that did not consider including people with disabilities in their product development and web presence.

I have publicly discussed my birth defects, autoimmune disorders, hearing loss, and glaucoma. Now it’s time for me to out myself having a invisible disability that I have been hiding up until now: Body Dysmorphic Disorder.

I haven’t had BDD all my life, though I have always had a terrible relationship with my body. I was born with club feet and a pronounced spinal curvature that is getting worse with age. I was also born with micrognathia, a tiny and set back lower jaw. In the past, it might have been described as a “weak chin.” In my mind, I hear a pronounced mental “snort” anytime anyone posts anything about loving your body or being kind to yourself. My internal response always has, “You’ve got to be kidding me. Why? My body certainly doesn’t love me.”

My feet don’t look like feet. One looks like a brick because it broke and set incorrectly inside the cast and irrevocably fused during one of my many childhood surgeries. The other bulges at the ankle where a titanium joint replaced my defective bone 11 years ago. Both feet are covered in scars (10 separate surgeries) and are always swollen. I have almost no feeling in either of them, which really screws my balance. I’ve broken my right arm five times in the last 20 years falling after losing my balance. My feet are also almost 2 sizes different, just enough to be a complete and expensive nuisance when I need new shoes, which cost almost $1300 for modifications. However, these modifications are essential to enable me to walk limited distances without doing any more damage to my metatarsals, where my bones were described by one podiatrist as “swiss cheese.” My back has a pronounced hunch. A normal shoulder curve is 44 degrees, mine on a good day is 68, and it has been as bad as 100+ before I got into a hardcore corrective physical therapy and chiropractic program — again, lots of time and lots of money which we people with disabilities call the #DisabilityTax.

Every step I take a) hurts — a lot and b) risks fracturing yet another bone. With all these chronic, long-term issues it’s no wonder that I hate both my feet and my back.

Before COVID, I preferred in-person meetings. However, I work at a large company on an enormous physical campus and sometimes couldn’t get from one building to another in my wheelchair to attend back-to-back calls on time. So I would do the occasional zoom meeting, even though I was physically on campus. Pre-Covid, this rarely happened, perhaps a couple of times per week. I commented to my business coach that I felt less effective when on zoom. People with visible disabilities are harder to say no to when they are in their wheelchairs, literally in your face. Before COVID, if I was sitting at my desk, I could frequently go hours without any external reminder that I was different than anyone else.

Post-Covid, all my meetings are on zoom. To give you an idea of my zoom meeting load, I have eleven zoom meetings today, thirteen yesterday, and it’s been that way for MONTHS with no signs of improvement over the next year. Meetings starting at 6 am, and ending at 9 pm or later is not uncommon. I don’t work that entire 15 hours, but I do work with many people outside of California, and I do have to be fair to their timezones. Because I have the invisible disability of Body Dysmorphia Disorder (BDD), it is tough for me to keep my video on at all, or even the majority of the time, even while presenting. Body Dysmorphic Disorder impacts between 2–3 % of the population.

What pushed me over the edge from merely hating my body into full-blown BDD was a series of complete facial reconstruction surgeries that I underwent eight years ago. I wasn’t sleeping well, so I went for a sleep test. I was immediately referred to a specialist, and the first words out of his mouth were, “Hi, I am Dr. Williams. You are going to going to be one of those sad statistics where you go to sleep one day and don’t wake up the next if you don’t let me fix your jaw.” This dramatic statement was followed by a frightening drill down into my test results:

My daughter had the same surgery when she was 15, so it was clearly genetic. I was convinced that this would solve my sleeping problems as it had solved hers. I had a series of three incredibly extensive surgeries involving nine separate procedures that built me a chin and moved my upper and lower jaws forward more than half of an inch. Before we started, my medical providers went through the usual disclosure of a series of complications — pain, discomfort, splint, liquid diet for eight weeks, bruising, the possible need for transfusions, infection, and maybe even death.

What they didn’t discuss was the disconnect that would result in my brain between what I *used* to look like before the surgery, and what I *would* look like after the surgery.

The first four months after the surgery were pretty awful. The surgery was much more invasive than originally planned, and of course, I had some of the disclosed complications. In the beginning, I avoided mirrors altogether. With the massive swelling, bruising, and inability to open my mouth, the person looking back did not match the person I saw myself as. When I saw myself in dreams, I dreamt the “old Sheri face,” not the new one. For comparison purposes, when I started using an insulin pump to treat my Type 1 Diabetes, it took two years to start dreaming about myself as a pump user. Give it time, I told myself.

Four months after the final surgery, the swelling and bruising were gone, and I returned to my pre-surgery eating habits. But I still had a significant level of psychological discomfort and a nasty feeling in the pit of my stomach every time I looked at myself. The face that looked back in the mirror was the new me, and I didn’t recognize her. The only thing I can think of to explain why my daughter didn’t experience the same problem is that she was still growing and used to continuous changes. I was not.

Sure enough, about two years out, I had my first dream with “Sheri with the new face.” Slowly, over time, I became more comfortable with how I looked, still not pretty in the conventional sense of the word, but at least a reflection I was starting to become familiar with.

My feet and spine differences are almost always covered with shoes and clothes, but I can’t easily cover my face. Partly because of the huge amount of abuse heaped on me in my school days, I don’t wear makeup and wear comfortable clothes over stylish ones. It’s my way of saying, “eff-you bullies, I am who I am, and I am not going to change to make you feel more comfortable.” But the disconnect I experienced as a result of my jaw reconstruction wasn’t between a bully and me. It was between me and me; much more difficult to ignore. In this case, I was the bully.

Having my zoom on meeting after meeting triggers my BDD symptoms. I can’t stare at myself hour after hour without being reminded, “this isn’t how you always looked.” After that, the disassociation commences in my brain, distracting me from what I am on that call to discuss. The later in the day, the worse it gets because it is guaranteed that I have already been on calls that day where people have asked me to turn my video on.

I have discussed the pressure to keep your video on with many other individuals at my employer or generally in the tech industry and heard the following lived experience from individuals who don’t have BDD. They include:

This wouldn’t be a good BDD article without pointing out that BDD is a common co-diagnosis with anorexia, bulimia, and other issues that predominantly affect women. Combined with the non-BDD reasons above, if you require the video to be on, you are implicitly discriminating against women, even IF you are a woman.

“Having your video on” as a de facto business practice is a holdover from managers against work from home because they don’t trust that their employees will work a full 8 hours. That begs the question:

If you don’t trust your people to get work done from home,

why did you hire them in the first place?

Here’s what you can do to start to build a more inclusive world with your video conference calls:

If you are in the habit of requiring video to be on, stop.

If you are NOT in the habit of requiring video to be on, don’t start, and please educate other participants if the topic comes up on the impact on women that requiring video creates.