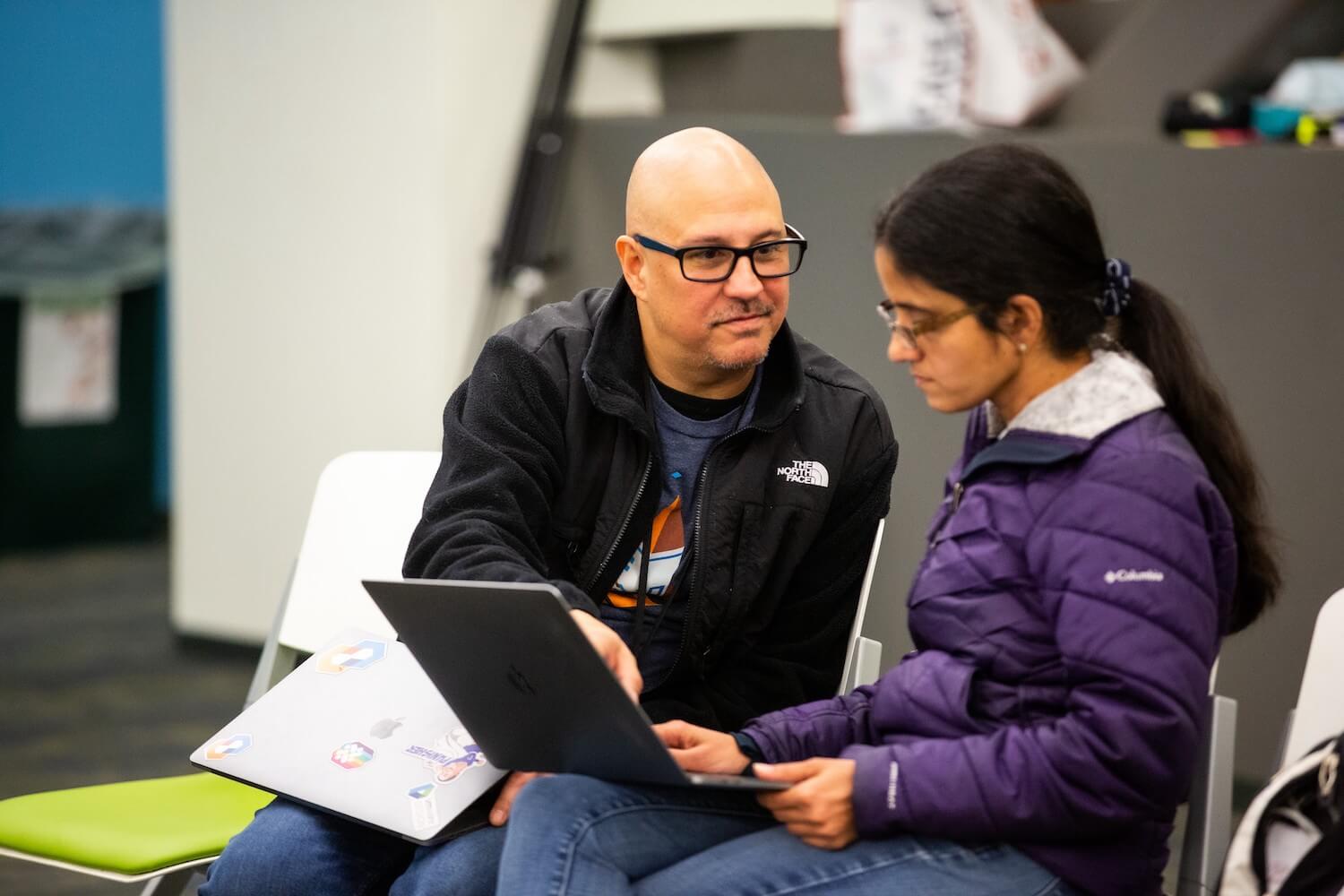 Published by Sheri Byrne-Haber on February 14, 2020

What is an Accessibility Hackathon?

Hackathons bring together people with related interests to create tech solutions over the course of an event. In the spirit of inclusion for our diverse global population, VMware is increasingly holding virtual hackathons, which allows people from all over the world to collaborate and learn from each other in their problem solving activities. Any type of hackathon raises awareness for the issue being hacked, as well as new product ideas and enhances VMware’s #TechForGood and EPIC2 values.

Accessibility hackathons are a good way to introduce developers to the problems facing people with disabilities. They readily expose accessibility issues and increase awareness about the need for technologies to be designed and developed in an accessible manner. Assistive technology demonstrations by users with disabilities are guaranteed to create at least one “Aha!” moment at the hackathon where someone finally internalizes why accessibility is so vitally important.

It takes a village to run a successful hackathon. VMware’s most recent hackathon was a cooperative effort involving three different parts of the VMware organization:

Other contributions came from different business units who contributed speakers and judges, facilities, catering, our audio/visual group as well as the participants themselves.

Recipe for an Accessibility Hackathon

The following is the “recipe” VMware followed for its accessibility hackathon.

We decided to take advantage of the traditional VMware schedule of Tuesday-Thursday for the actual hacking to have an accessibility summit on the Monday of Accessibility Week.

More than half of the hackathon participants were outside of the VMware Palo Alto campus. Five different countries, six different business units, and nine different products in total were represented. The following ideas were submitted and developed during the hackathon:

Day 4 through Day 5: Demos and Judging

At the end of day 4, every team was required to give a demo and discuss their hack, the challenges, and what further they would like to accomplish if given more time. After the demo:

Several of the ideas presented in the hack will be further developed at VMware. Some of the hacks will be worked on inside the most closely associated business unit, and others via xLabs, VMware’s experimental idea innovation group. The fact that we had such diverse participation means we can work on more ideas than just the winning idea.

Having an sponsor is imperative to a successful accessibility hack. Even people who know nothing about accessibility will show interest if they know their favorite executive cares about this topic.

Include individuals with disabilities in the hackathon teams. This gives participants the ability to learn first hand how people with disabilities use technology and allows them to provide input during the design process.

Pre-hack accessibility training is essential. Training was accomplished through the summit (Day 1 of Accessibility Week). You aren’t going to get accessible code from developers if they don’t know what ARIA is and how to use it, for example.

By including training as part of the hack, we were able to advertise “no accessibility experience required” which in turn drove more diverse entries by eliminating “accessibility knowledge” as a barrier to entry.

Accessibility mentorship during the hack. Accessibility subject matter experts who can serve as mentors increases accessibility understanding by the participants and quality of the final submissions.

Slack channel for hack-related communications. Because everyone can’t be everywhere all the time in every timezone, and especially not on a campus as large as VMware’s Palo Alto headquarters.

Everyone can learn something at a disability hackathon and solutions that come up during hackathon benefit / can be used by everyone!

The VMware Design team is looking for talented designers, engineers, and leaders to help us continue transforming enterprise design with accessibility in mind. Check out our open positions!VMware Design