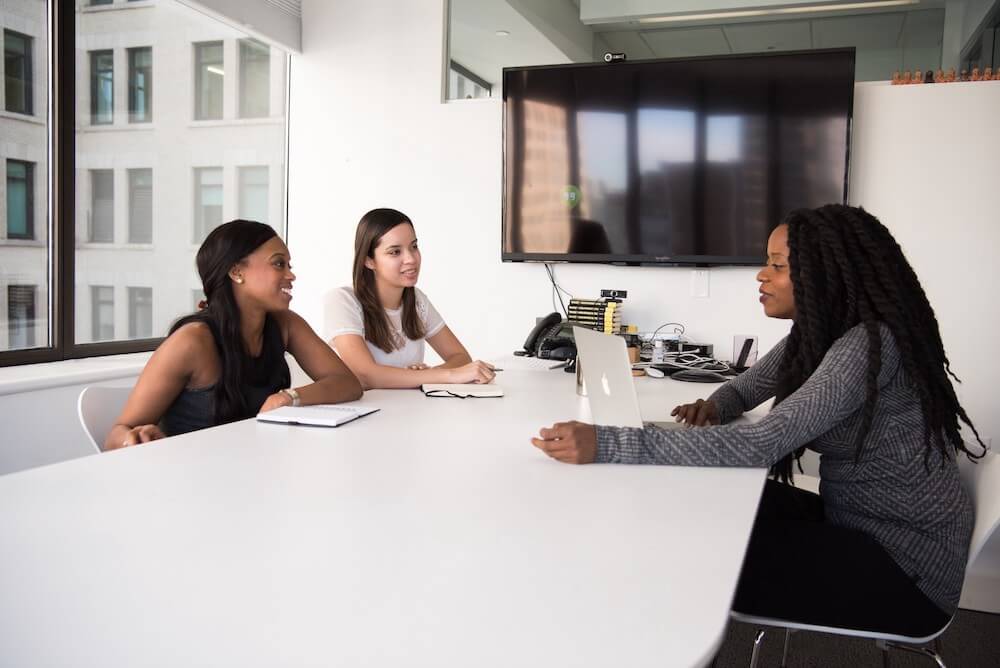 All the Things You Shouldn’t Be Evaluating During Interviews

Published by Sheri Byrne-Haber on February 7, 2021

There are all kinds of advice on the Internet about things you should be evaluating when you conduct an interview. Very little advice exists on things that you should NOT be considering. Some of my “don’t evaluate these things” show up on people’s “must evaluate” lists.

If a firm handshake is on your “must-have” list for a successful candidate, you are automatically discriminating against people with disabilities that prevent them from having a firm handshake. People with disabilities that impact handshakes include people with arthritis, limb differences, autoimmune conditions, carpal tunnel, tennis elbow, rotator cuff injuries, or phobias that make it difficult to make hand to hand contact. Don’t even get me started on how it isn’t even ADVISABLE during COVID to offer a handshake assuming you can even do interviews in person. Just because the candidate doesn’t give you a firm handshake doesn’t mean they can’t do the job.

Don’t automatically penalize a candidate who is late.

Some hiring managers refuse to hire someone who is late to an interview or if the candidate reschedules. This is an intersectional problem that discriminates against people with disabilities, people who have issues with executive functions, people with caregiver responsibilities, and finally, those in lower socioeconomic strata. I guarantee that when someone is late for an interview, they are more upset about it than you are.

Just because candidates are late doesn’t mean they can’t do the job. Ask them why they were late, and you may get a better insight into who they are as candidates and some of the barriers they are forced to overcome regularly.

Don’t automatically favor a candidate who has “higher energy.”

Some hiring managers refuse to hire someone who is, in their subjective opinion, “low energy.” That tends to discriminate against introverts and other people who have reasons that they don’t want to stand out, like people with disabilities or people who have been bullied in the past. Energy status may be part of an individual’s personality, or it may be that they’re having an off day. It could also be related to a chronic medical condition exacerbated by the interview process. Just because somebody doesn’t get externally excited about something doesn’t mean that they’re not internally enthusiastic about it. Subjective external energy interpretations are rarely relevant to whether or not a candidate can get the job done. If energy is indeed a concern, before you disqualify the candidate, ask them to provide specific details of how they would bring energy to solving a particular problem. That will give you vastly more useful information about the candidate’s qualifications than automatically favoring a “higher energy” candidate.

Well-fitting, fashionable clothes are another sign of privilege that people with disabilities and those in lower socio-economic groups don’t always have.

Clothes do not make the candidate.

What motivated me to start this blog 2+ years ago was a former co-worker, one of the best and most dedicated accessibility testers I know, not getting a job because the interviewer thought his JAWS skills weren’t advanced enough.

Don’t reject candidates based on a bad “cultural fit.”

“Cultural fit” in US business, and especially in tech, has become a euphemism for “different than us.”

— Different is not something to be feared.

— Differences should be embraced.

When “cultural fit” is one of the sought-after qualifications, the result is an echo chamber where everybody in the organization comes from the same background and has the same ideas. Interviewing for cultural fit ends up inhibiting innovation.

You can see where unconscious bias sneaks in in just those two examples. People from underrepresented groups are less likely to have graduate degrees or have expensive bicycles and free time to use them. By looking for those two qualifications in your candidates, you are automatically making your group less diverse.

Instead, look for people who enhance your culture.

Don’t look for people who went to “the right schools.”

Are you open to recruiting from:

If you only hire people who went to Stanford, you will create the same type of privileged echo chamber as previously discussed in the “cultural fit” section.

Enough with the how not to do it, here are some post-modern / post-COVID questions that you should be asking all of your candidates.