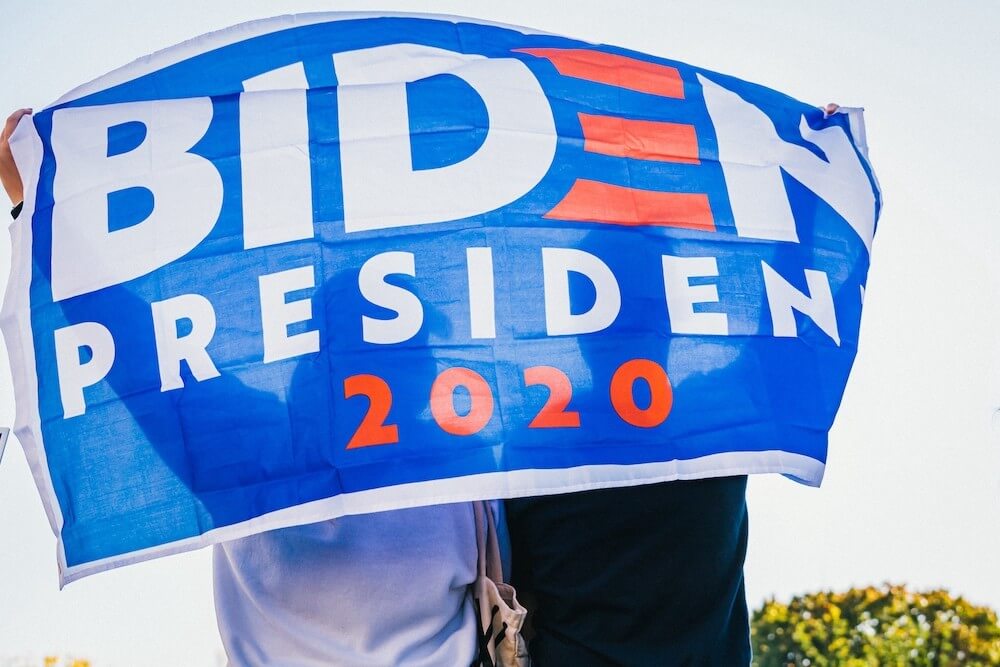 What people with disabilities hope to see in a Biden Presidency

Published by Sheri Byrne-Haber on November 12, 2020

My first presidential countdown clock started January 20, 2017, the day President Trump took office. My expectations of disability rights stagnating during his administration were more than met when I was named a “serial plaintiff,” and my right to file 504 complaints on behalf of children who had been discriminated against in K-12 settings was suspended for 9 months. Unfortunately, my expectations were exceeded at a horrifying level after the pandemic started, which shifted people with disabilities to the back of the line for jobs, ventilators, and COVID treatment.

My second countdown clock started last week, when Joe Biden was named President-elect on November 7 by several news organizations. The third (and hopefully last) will start on December 14th after the electoral college confirms Biden as the next president. I am not putting it past the current administration to try and pull some serious shenanigans as the date of their eviction looms.

Here is what *I* personally hope to see in a Biden administration.

I expect tolerance for people who are different.

Trump made it OK to make fun of people with disabilities. Trump’s appointee Betsey DeVos was a continuous threat to the education of students with disabilities. President Trump’s campaigns and administration were characterized by a combination of ableism and eugenics. His perspective is that disability is a weakness and COVID is something to be battled or conquered. A failure to win that battle is clearly is the fault of the disabled individual, because all it takes is “good genes,” and you will be totally fine, amiright? If you don’t overcome your disability, clearly you don’t have good genes. Over 200,000 people with disabilities were murdered during the Holocaust via a program called “Aktion T-4” so you will have to excuse people with disabilities if we don’t look back on those days, or the language around them uttered by either Trump or the Nazis, fondly. Not everyone with a disability is looking for a cure. That doesn’t make us weak or a drag on society.

Biden himself has a largely hidden stuttering disability. Chances are he will be more compassionate towards people with differences in general, and people with disabilities in particular, since he identifies as one.

I expect disability to be taken more seriously as a first-tier diversity issue.

Biden may be the first President-elect to specifically call out disability in his acceptance speech.

We must make the promise of the country real for everybody — no matter their race, their ethnicity, their faith, their identity, or their disability.

It’s only one word, but every time disability is mentioned in the same sentence as other more traditional dimensions of diversity such as race, ethnicity, etc. I do a little mental happy dance. More often than not, disability is left out of the diversity discussion entirely, or it is included as an afterthought.

I expect my needs as a disabled human being to be respected.

Though Biden identifies as having a disability, his campaign has not been without missteps related to the disabled community.

Biden’s initial website (as well as those of all other Democratic candidates) did not follow the WCAG accessibility guidelines and were largely inaccessible to assistive technology users. While some candidates took the cheap and wholly ineffective way out by installing accessibility overlays, Biden’s campaign actually made their website organically accessible, and, more importantly, KEPT it accessible as they added new content. Furthermore, the Biden transition website contains an accessibility statement and was born largely accessible.

Biden is also planning on naming a “Special Envoy for International Disability Rights.” Perhaps we will see more disability-related cooperation and less nationalism from country to country. In my wildest dreams, the US would adopt the UN CRPD and stop pretending that the ADA is better.

I hope for (but can’t realistically “expect”) access to health care.

In the US, the lives of people with significant disabilities revolve around health insurance. Every person with a long-standing disability has a story about one or more life decisions where the final key to the decision was access to health insurance.

Currently, Obamacare is still the law of the land. But it may not last for long. Although we may see a return to a more civil administration, the damage caused by Trump’s Supreme Court appointments could last for 30 years or more. Without control of the Senate (TBD based on the Georgia run-offs, but honestly not looking good), Biden will not be able to pre-empt the Supreme Court from striking down Obamacare. Biden had better be ready to come up with a bipartisan substitute, or a whole lot of people will be hurt, especially people with disabilities.

The most important things I, as a disability advocate, expect in a Biden administration are:

But finally, I don’t expect to give up the fight for disability rights any time soon.