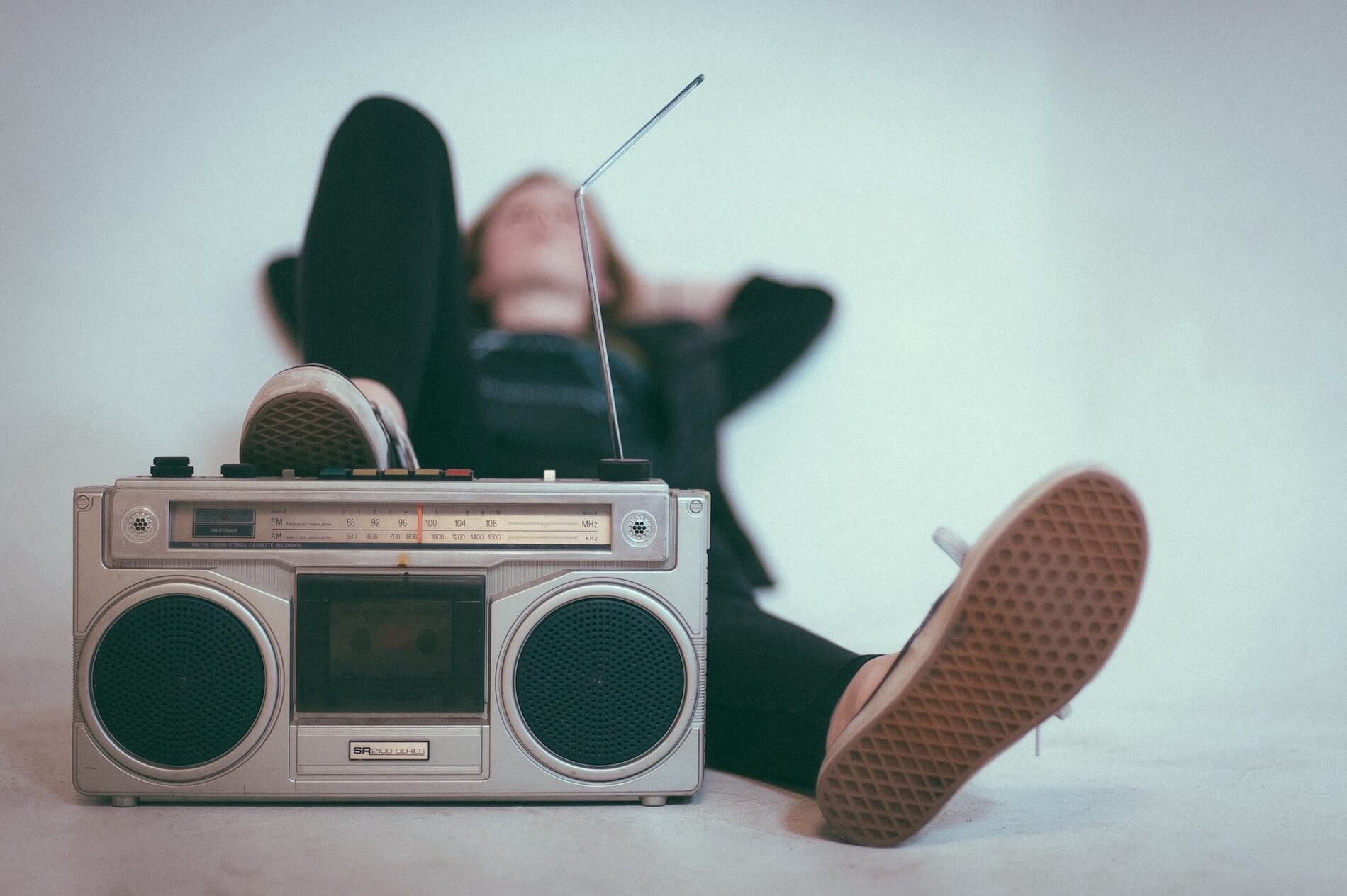 So like any good tech company, the first thing my co-workers did when we were urged to work from home (I’m based in Northern California) due to COVID-19 was to set up a special Slack channel. Someone called it the WFH Water Cooler, and we are using it to commiserate and stay in touch. This sense of camaraderie is super important to heavily collaborative organizations such as the one I work for.

But then people started asking each other on the slack channel to share their various play lists. I don’t listen to music when I’m in the office, I personally find it quite distracting, and I despise wearing headphones. I typically rely on others to play whatever they want. Then I largely ignore their choices, which I’m usually fairly successful at as long as the chosen music is not country or rap, both of which I hate.

But, I have also spent a lot of time in my car commuting over the past few decades, which means lots of time listening to radio, and not having to think deep work thoughts. This is mostly 80s-90s with a couple of more recent songs. So here it is folks, without further ado: Sheri’s Accessibility Play list. These songs are intended to be played in this order FWIW, so no shuffling — it’s the arc of an accessibility program from conception to success. My husband says that makes it a mix tape, but he’s the audiophile in the family.

When you are getting started, accessibility can seem like a daunting task, bordering on the impossible. That’s true for both people on accessibility teams and also designers and developers implementing accessibility. It’s like trying to count the stars. You can easily drown in how overwhelming it can seem at times. But things can get better, all you have to do is get the message out and get stakeholder buy-in.

“Closer I am to Fine” by Indigo Girls

There’s more than one answer to these questions
Pointing me in a crooked line
And the less I seek my source for some definitive
The closer I am to fine, yeah

The WCAG standard is notorious for not giving prescriptive “right answers” and “wrong answers.” For example, in the automatic motion guideline, the language clearly requires a *mechanism* to pause stop or hide motion. It could be a button, a toggle switch or anything else as long as the end result is the motion stops.

That makes WCAG simultaneously both easier and harder to satisfy.

All VPATs, even for perfect products, start off as a blank template. As the testing is conducted, the data slowly reveals itself. Decisions get made about what will get fixed before release, and what will get documented and fixed after release.

“Don’t Give Up” by Peter Gabriel

Domino’s could have spent $38,000 and made their website accessible. But they didn’t, and they dragged it out in litigation costing millions. Why did they take this approach? Because somewhere Domino’s made the decision that business from people with disabilities wasn’t worth $38,000 to them. That’s a sign that Domino’s thinks that people with disabilities don’t really belong anywhere in the Domino’s sphere of influence.

Already brushing off the dust
You hear my voice, your hear that sound
Like thunder, gonna shake the ground

When you start making progress with your accessibility program, you are definitely going to get knocked down a few times, so it’s better that you expect that it is coming and prep for it.

You need some pretty thick skin when you are an accessibility manager.

The message “oh yes we are” needs to be consistent and it needs to be loud. Katy Perry loud.

“The Times They Are a-Changin” by Bob Dylan

The Americans with Disabilities Act is at its heart, a civil rights law. It took disabled people protesting in the halls of congress to get it passed, and we should never, ever forget that.

Like most political topics, the law has cut both ways for accessibility. It isn’t enough to have a law passed, the passed law actually needs to be enforced. For the first 14 years of Section 508, frankly, the law was not enforced nearly as much as it needed to be. So people with disabilities again took the law into their own hands and started suing, making it incredibly uncomfortable and expensive for people to continue to ignore the law.

We are the Champions — Queen

We are the champions, my friends,
And we’ll keep on fighting ’til the end.

Duh. Nothing feels better than a VPAT with “Supports” marked in every column. That makes champions out of everyone who worked on that VPAT.

Some people think that all great stories end with victory and “We are the Champions.” But not accessibility. Good accessibility managers get companies to achieve WCAG compliance. Great ones look at WCAG as a floor and dream about new ways of making the experience better, faster, and more intuitive for people with disabilities without diminishing the experience for the majority of people who don’t use assistive technology.

Dreaming leads to accessibility innovation, and that’s where the fun really begins. Many of my greatest accessibility ideas have started with “I know this sounds crazy, but …”

What songs are your accessibility anthems? Add them in the comments ! Honorable mentions that I considered but didn’t make the final cut include Don’t Stop Believin’ (great title, crappy lyrics, but as a SF Giants fan and child of the 70s, I love me some Journey) and Stronger by Kelly Clarkson.