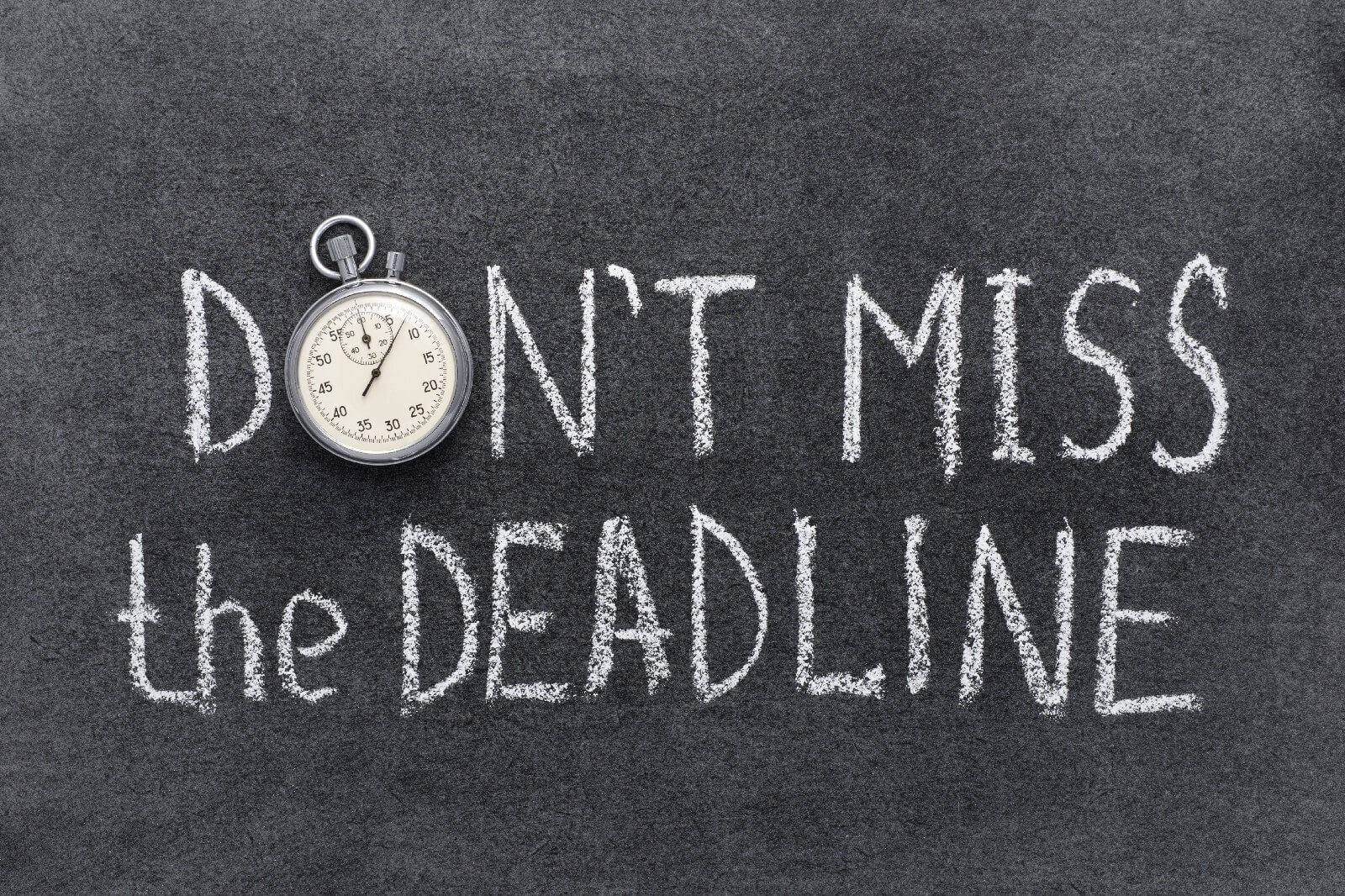 Published by Sheri Byrne-Haber on January 27, 2019

Procrastination is firmly embedded in human nature. And the lack of a deadline makes it easier to procrastinate.

Step 1: You tell someone they have to do something they may not really want to do

Step 2: They *always* ask you when the deadline is

Step 3: When you tell them there isn’t one or that you aren’t certain, the thing you told them they have to do immediately plummets to the bottom of their “to do” list

WCAG 2.1 is unfortunately a little bit like that. The first WCAG update in 9 years included a total of 17 new guidelines, of which 12 fall into the A and AA categories. For me, the 12 new A / AA guidelines fall into 3 categories:

3. Things W3C should have included in 2.0 but didn’t (minimum contrast for keyboard focus indicators for example)

How do you figure out what deadline to give teams that can be authoritatively backed up when there is no explicit deadline in WCAG 2.1 itself?

Disclaimer — this is not legal advice.

Member states implemented the requirements in EN 301 549 into national laws on September 2018 (i.e. last year). Multinational corporations, no matter where they are based in the world, will need to adhere to the EU 301 549 if they wish to do business with the EU public sector starting just a little over 8 months from this writing. Basically, that includes meeting WCAG 2.1 Level AA. And the EU hasn’t stopped there — another update to EN 301 549 is expected at the end of 2019 so keep your eyes out for that.

How big is the EU public sector? Big. Really really big. Between 13 and 25 % of people employed in the EU work for the public sector, depending on the country (France has the highest rate of employed people working in the public sector). This is compared to 16 % of the US.

One thing that is poorly understood in the EU directive is there is a difference between new and old digital properties (i.e. websites, documents, native apps). When an “old” digital property is updated, effectively it becomes “new” and should comply with the requirements for a “new” digital property.

If your company wants to sell to EU governments, they may be in for a nasty shock if they want to update something without bringing it into compliance with WCAG 2.1 Level AA after Sept 23, 2019.

Settlement agreements are including WCAG 2.1

Lainey Feingold announced the first public settlement agreement that included WCAG 2.1 towards the end of last year. In addition to that I have heard several anectodal reports of settlement agreements that are not public requiring adherence to WCAG 2.1.

Given that it only took 4 1/2 months after WCAG 2.1 became final to be incorporated as a standard to be measured against in a settlement agreement, that provides another data point towards making a deadline choice in your organization of “sooner, rather than later.” Because the lawyers who are representing accessibility plaintiffs have been measuring to WCAG 2.1 for more than two months already.

A few have stretched very narrow parts of settlement agreements out to 24–36 months. However, those longer timelines generally occur when very UI heavy 3rd party code is involved. It appears that the concerned parties in cases are allowing for some longer times to make something like Postal Code validation or maps WCAG compliant when the inaccessible code is in a plugin that the defendant doesn’t have direct control over. In these situations, it is always possible that the defendant will be forced to enter into a new contract to get a WCAG compliant plugin, and the paperwork on that at a larger company can take a substantial amount of time. This is especially true if litigation is being contemplated or is already underway, because then more lawyers are involved, and that always tends to complicate things and slow them down.

There are four possible outcomes to the “deadline” for implementing WCAG 2.1 Level AA for any organization.

If you don’t choose one of those 3, the fourth possible outcome is you end up getting sued by someone who effectively chooses the deadline for you. And remember, Haynes v. Hootersheld that being in a settlement agreement with one party and making progress towards accessibility does not eliminate the possibility of getting sued for the same inaccessibility by a second unrelated party.